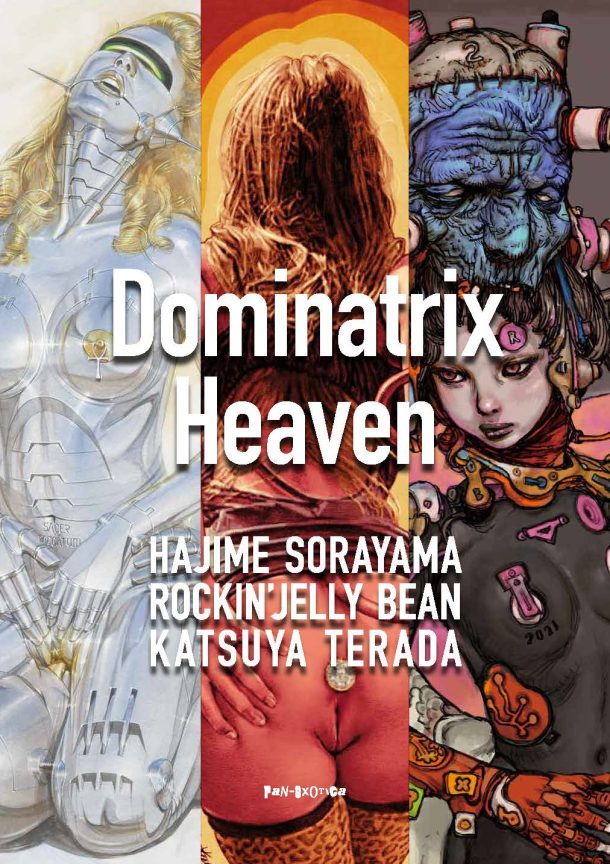 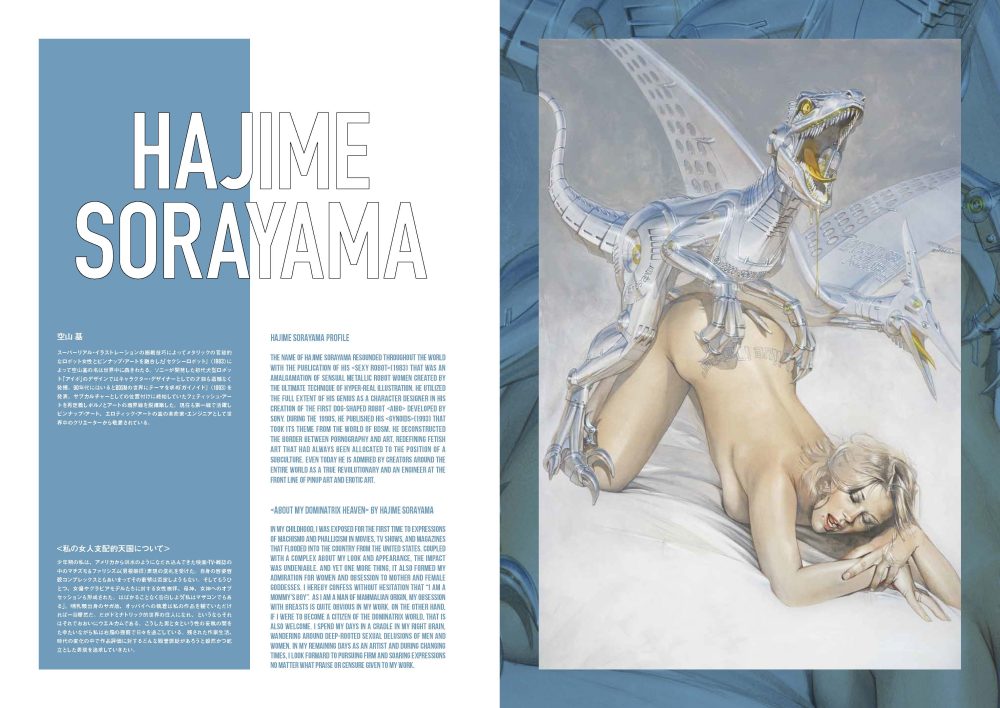 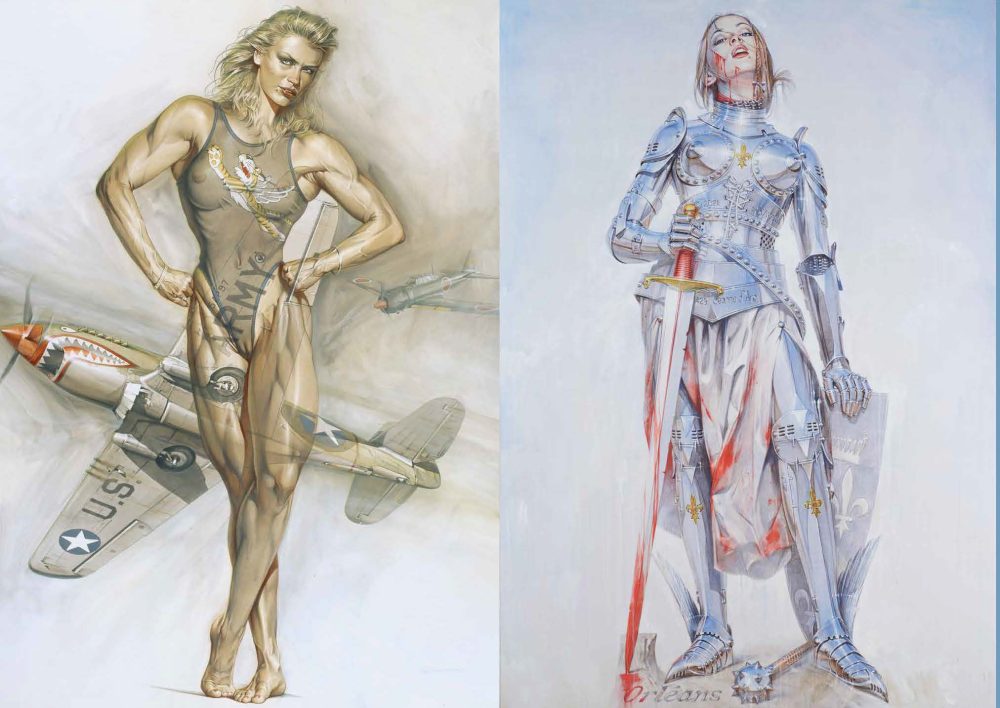 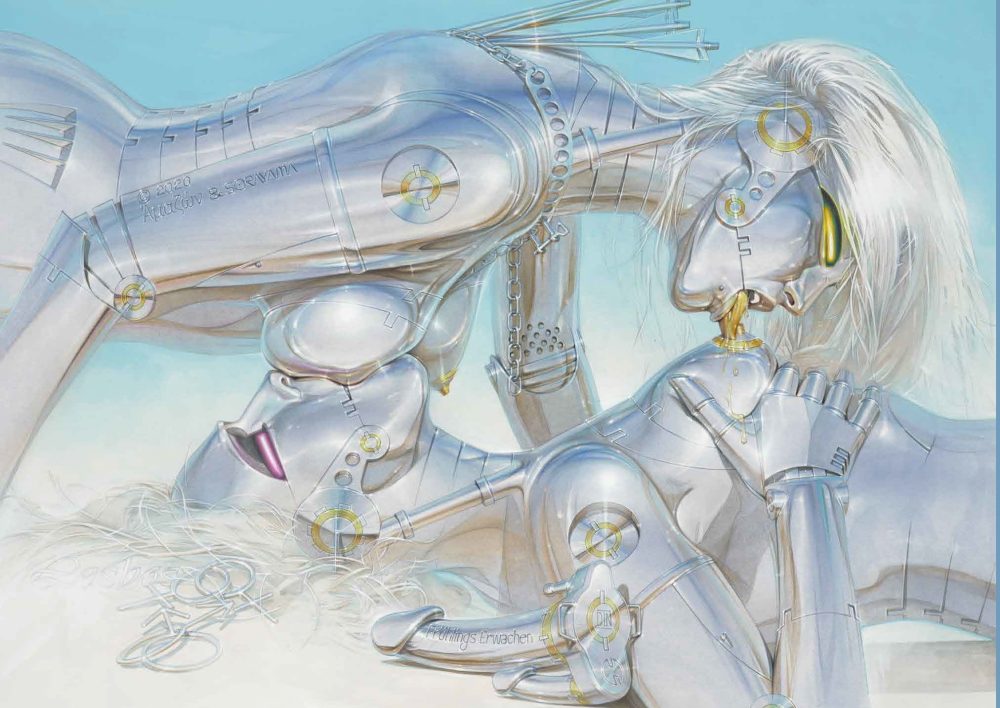 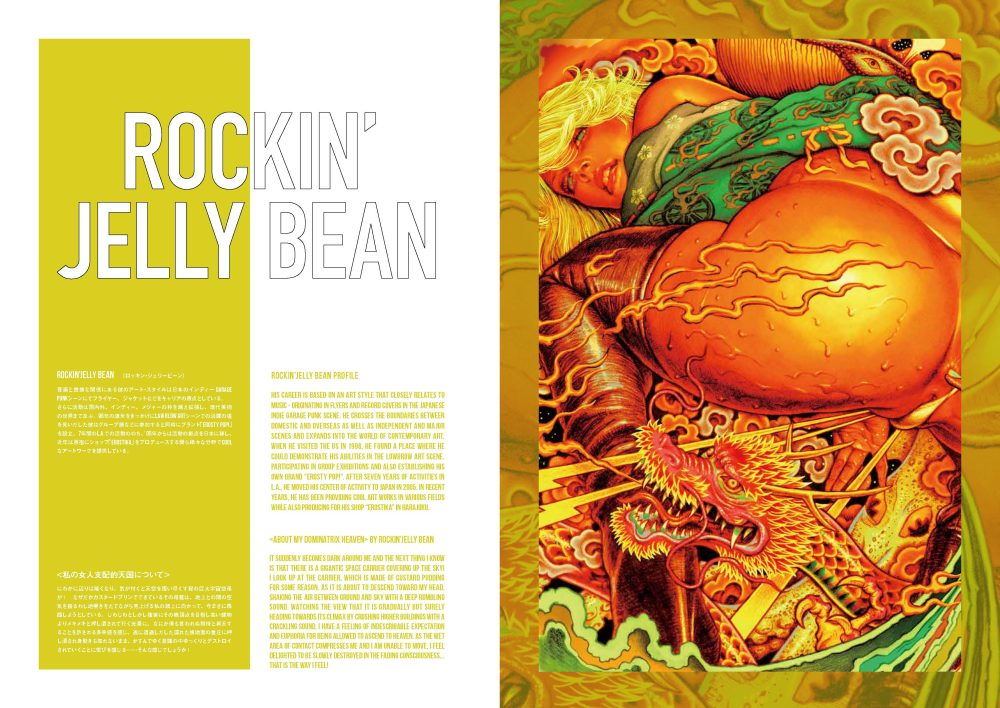 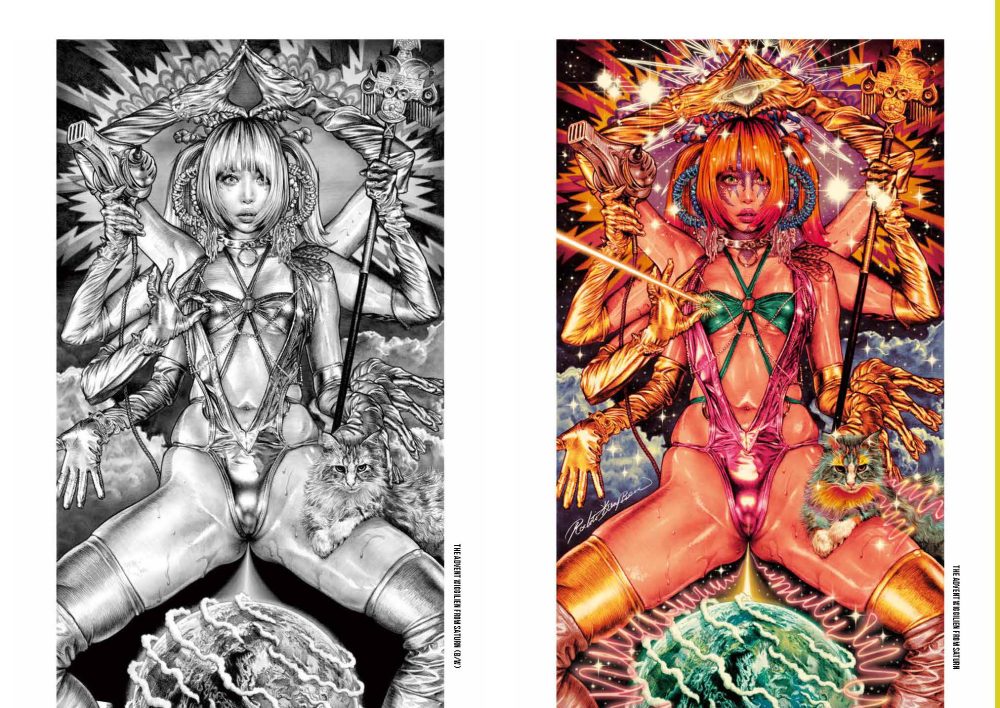 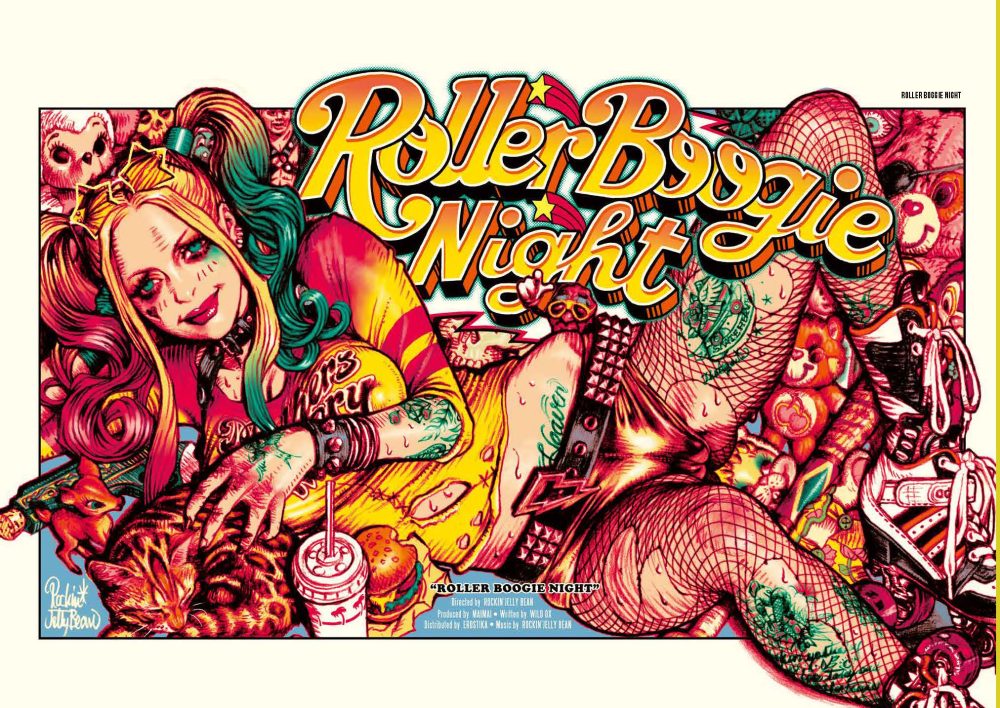 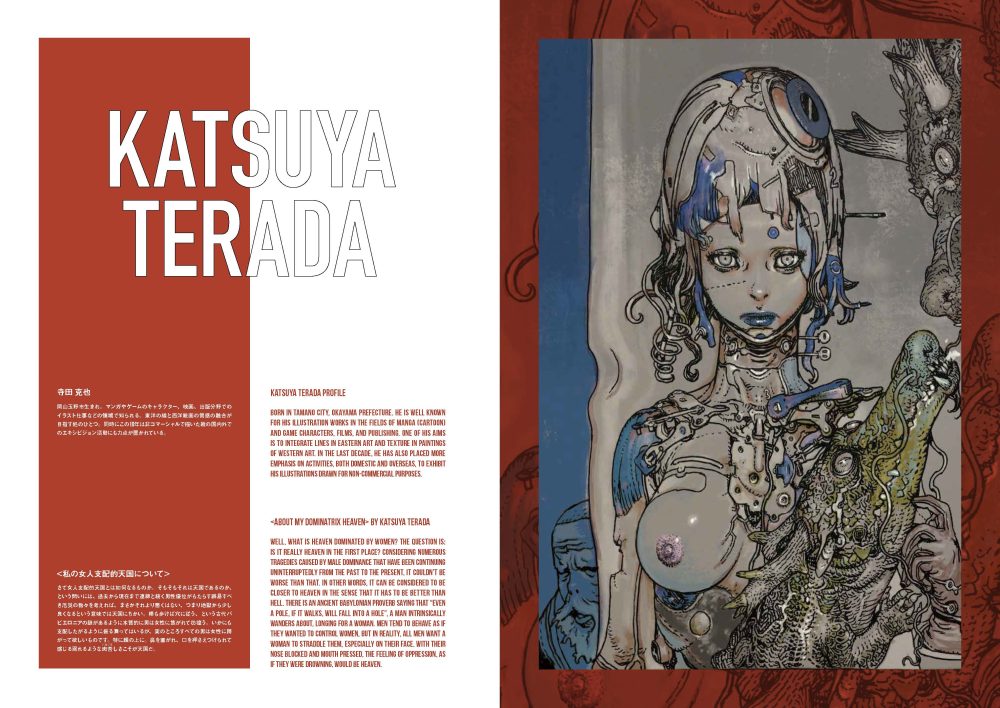 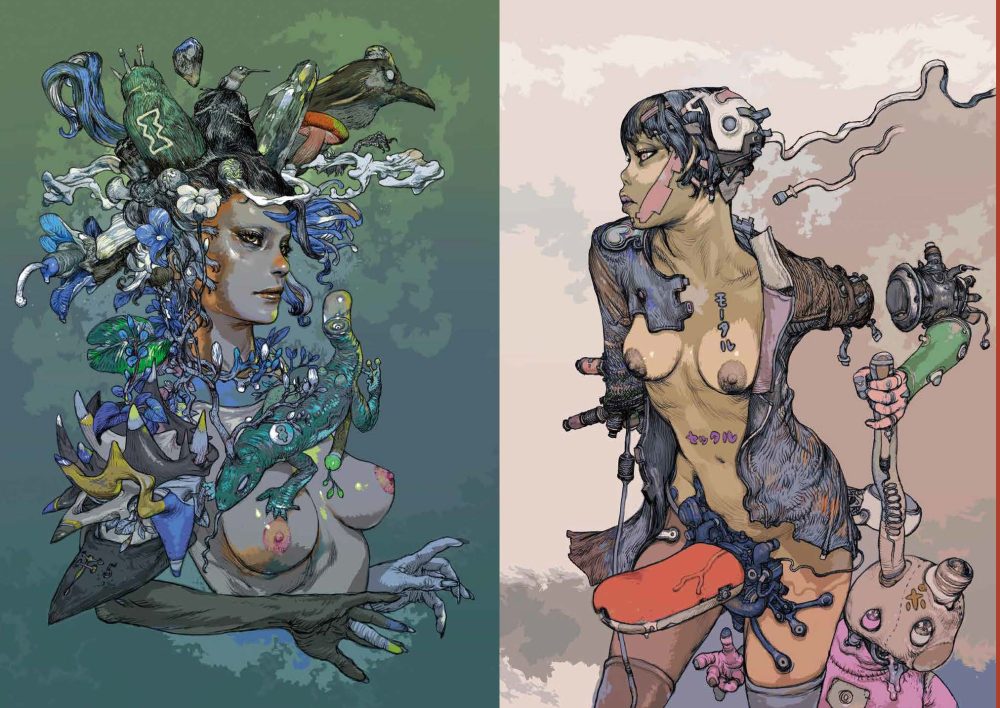 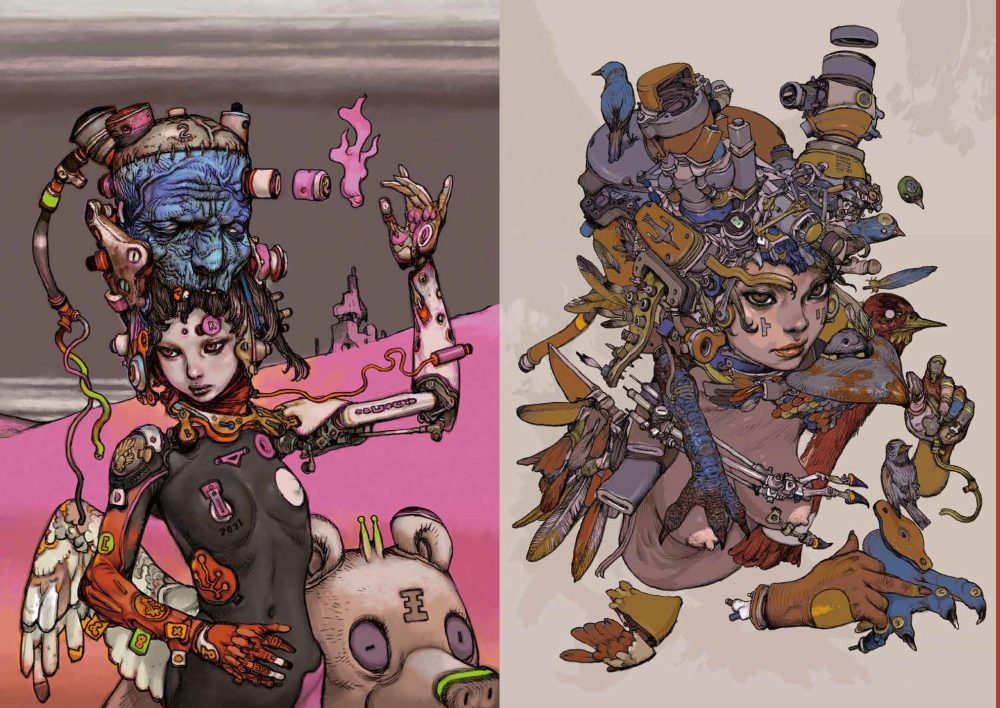 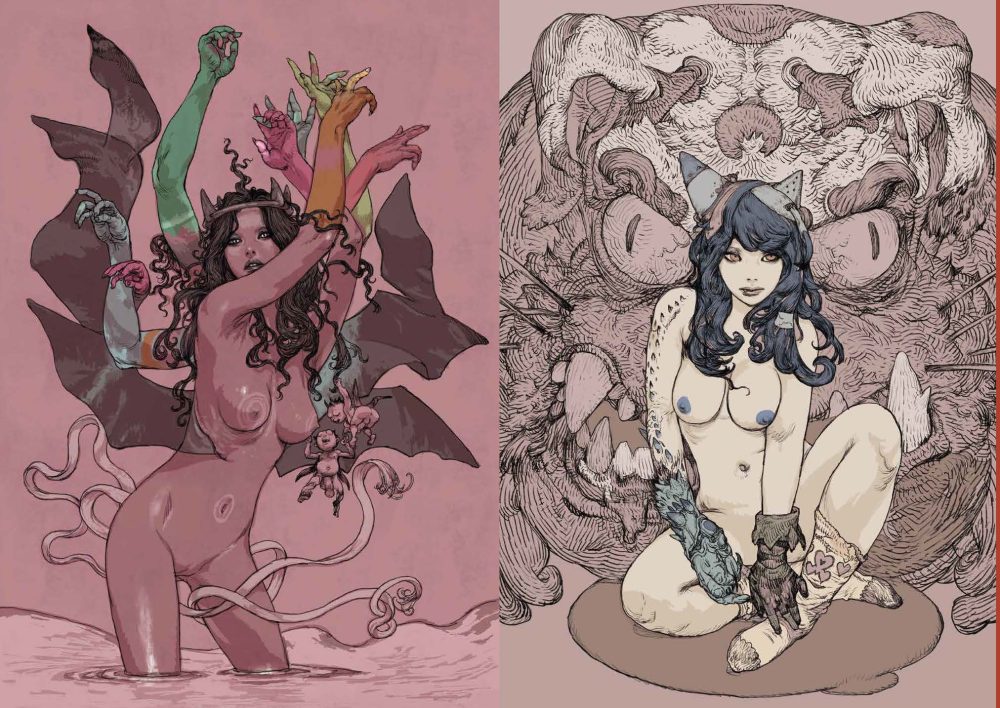 -This book contains many sexual scenes.

Rockin’ Jelly Bean
A mysterious masked illustrator who began his career designing flyers and album covers in the Japanese indie garage punk scene, Rockin’ Jelly Bean flew to US in 1996 and gained popularity among the Lowbrow art community working with artists such as COOP and KOZIK. His is also well-known for creating artwork for a German film “Killer Condom” (Kondom des Grauens). His psychedelic American-style pinups have won him many cult fans

Katsuya Terada
Katsuya Terada, a.k.a. Rakugakingu (Doodle King) is a Japanese illustrator who is well known in the US from his work related to Ironman and Hellboy. He likes to doodle a little everywhere he goes and has done many live drawings on walls. His drawing style is heavily influenced by Moebius and Katsuhiro Otomo. He is a versatile genius and has worked in many fields ranging from manga and anime to live-action film and character design. His notable works for character design are Blood: The Last Vampire and Virtua Fighter. 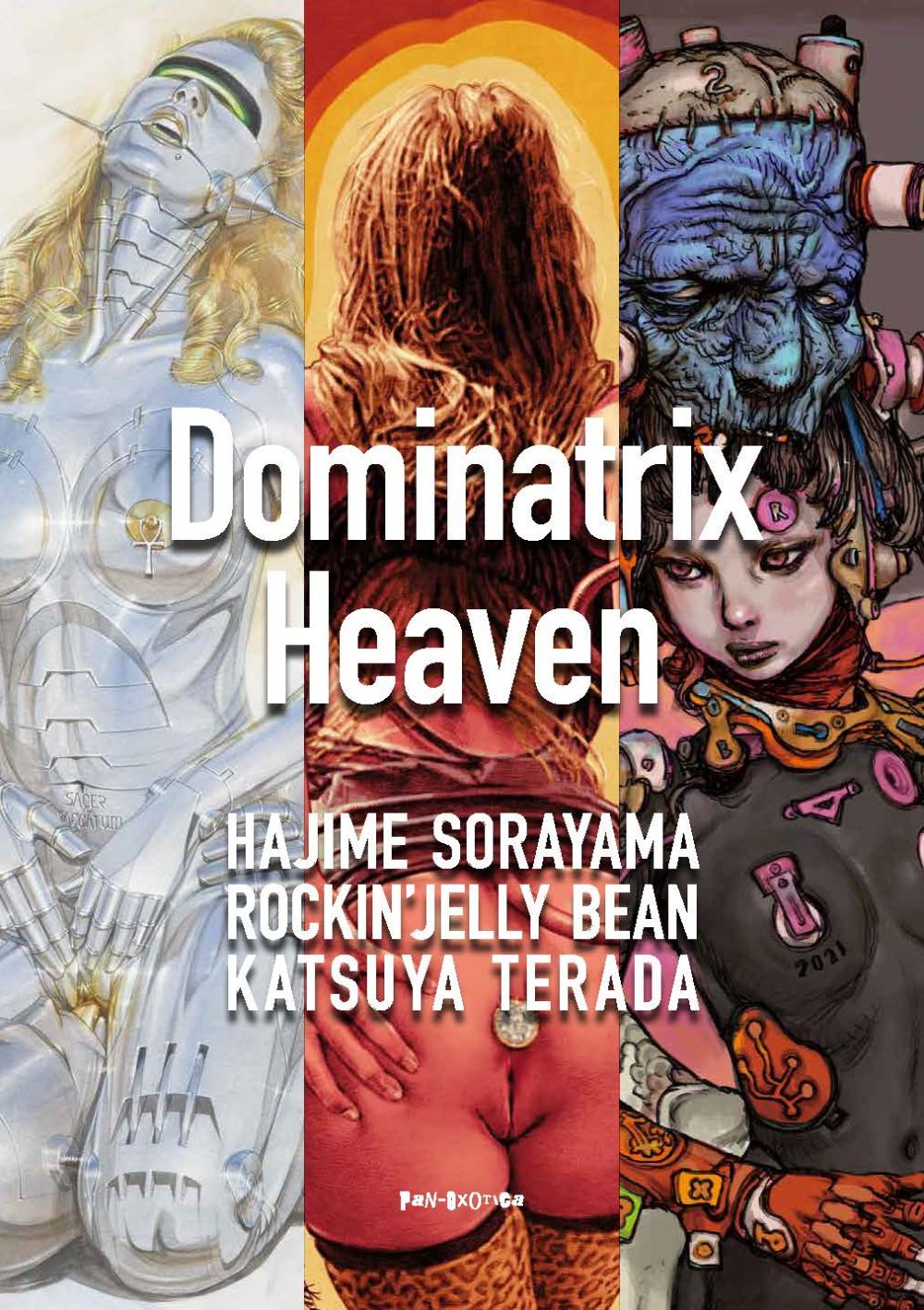