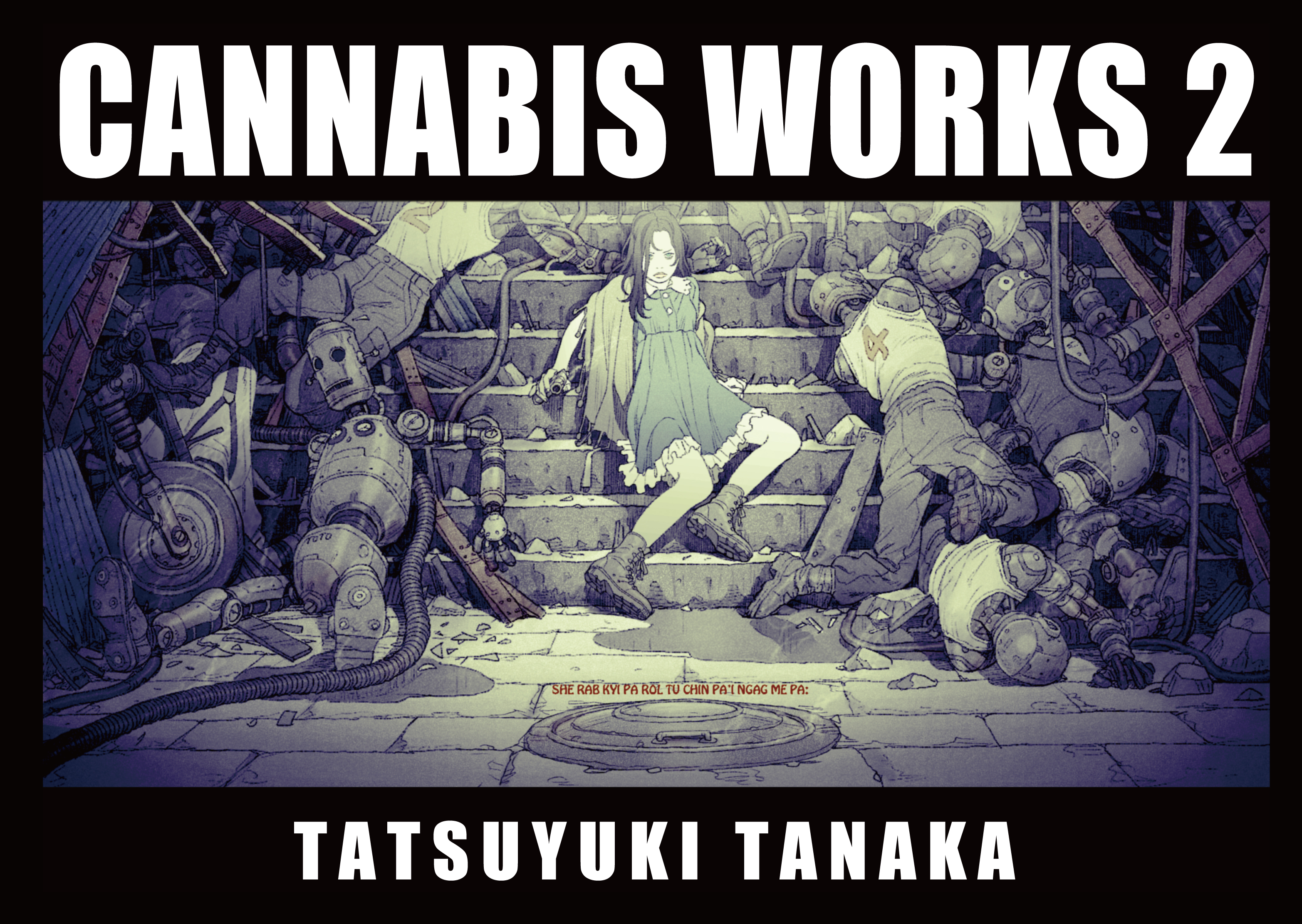 CANNABIS WORKS 2 (“CW2”) is Tatsuyuki Tanaka’s second art collection, and first in 13 years. Tanaka, also works under the name of CANNABIS, is a sought-after Japanese animator and illustrator, who worked for the legendary animation AKIRA. CW2 collects much of his work from 2003 to 2016, and showcases his recent illustrations for books, magazines and record covers, as well as key art for the Tokyo Anime Award Festival 2015. In addition to those works, it features weapon designs for a Japanese movie GANTZ, character designs for a short film A FAREWELL TO WEAPONS; from Katsuhiro Otomo's film collection SHORT PEACE, and other illustrations for TV animations and video games.Unpublished illustrations and sketches are also included, such as a 22-page silent manga called VISITOR, which is created exclusively for CW2.
A treasured book for anime and comic fans, or art lovers seeking for fresh inspiration.