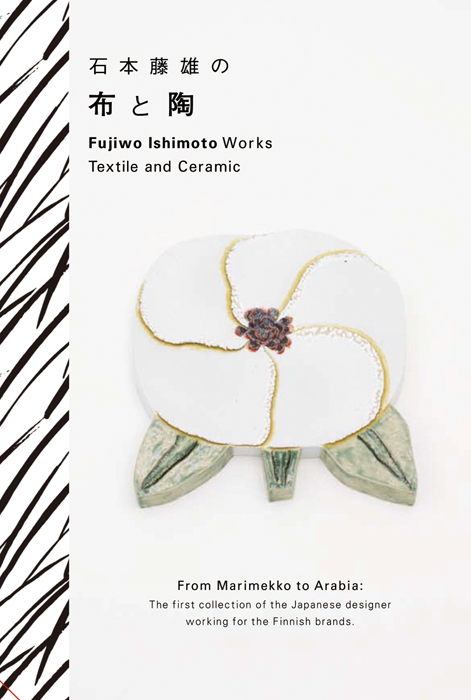 Fujiwo Ishimoto is a Japanese textile and ceramics designer who has been living in Helsinki, Finland for over 40 years. Ishimoto first worked for the company, Decembre, set up by Ristomatti Ratia, the son of Marimekko's founders Armi and Viljo Ratia. Ishimoto switched over to Marimekko in 1974. His highly personal style gave Marimekko a boost during the 1970s and 1980s when more mature and abstract designs were in vogue, which was a departure from the playful 1960s styles that first made Marimekko famous.

Inspired by traditional Asian art and culture, but also by Finnish traditions and nature, Ishimoto has continued to reinvent himself. He has made over 300 designs for Marimekko in total. Besides his work for Marimekko, Ishimoto has also been creating unique ceramic works in the Arabia Art Department since 1989. In recognition of Ishimoto’s nearly four decades of meritorious work in Finland and his valuable contribution to promoting awareness of Finnish design abroad (especially in his native Japan), he was awarded the Pro Finlandia Medal.