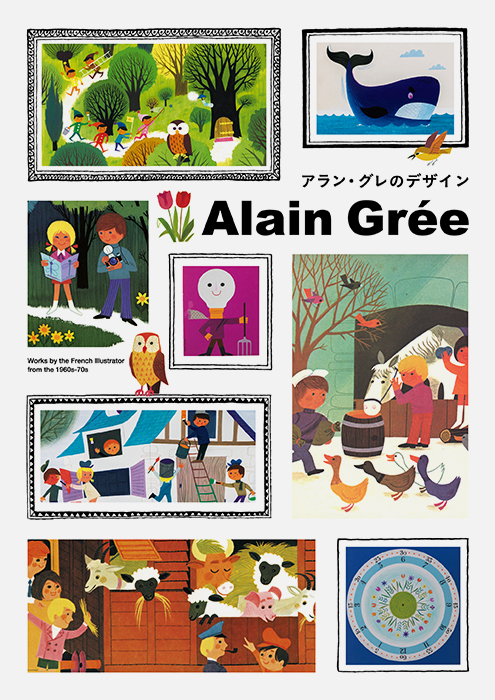 Alain Grée: Works by the French Illustrator from the 1960s-70s

The world’s first collection of designs and illustrations by Alain Grée.

Born in 1936, Alain Grée is a French illustrator, author and graphic designer. He has released more than 300 children books since the late 1950s, when colorful and visually attractive educational books were rare. His educational books for children, often known as the PILOU series or the Achille et Bergamote series, have been translated into more than 20 languages and widely read all over the world. His colorful, cheerful illustrations have also been used in school textbooks, as well as in advertising posters.

This is the very first art collection title introducing his beautiful illustrations selected mainly from his work during the 1960s and 1970s. More than 200 art works are showcased, some of which are only available today in antique books. In addition, this title features Grée’s original paintings, rough sketches and interviews. This is a treasured collection for adults who have grown up with Grée’s books, who will recall their own childhood days, as well as a good reference for those studying illustration.