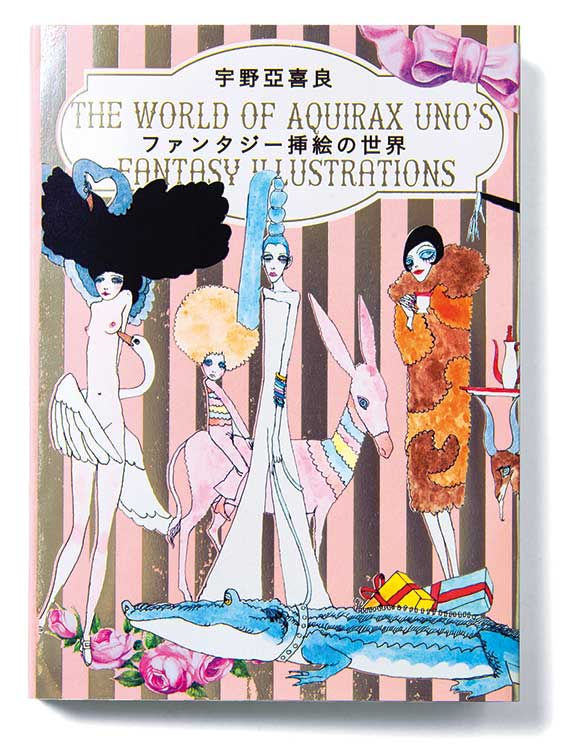 A fantastical art collection by Aquirax Uno, a leading Japanese illustrator since the 1960s

This art book focuses on Uno’s “fantastical illustrations”, drawn from his previous works on book illustrations and book designs in particular. Some underground works are classic Uno, while other more feminine and fancy illustrations make their publication debut in this volume, offering both long-time and younger fans a fresh perspective on Uno’s body of work.