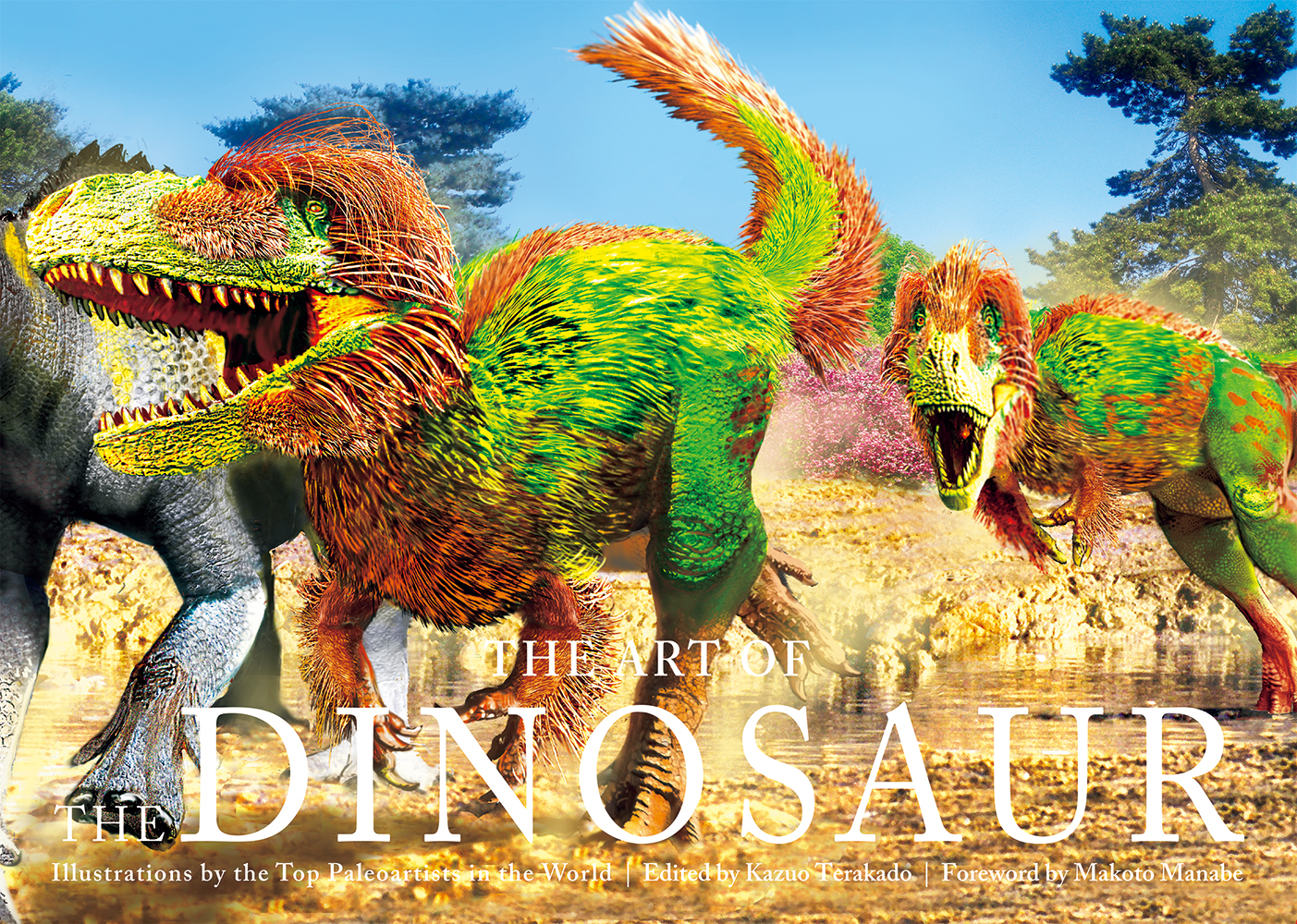 The Art of the Dinosaur : Illustrations by the Top Paleoartists in the World

Elaborate dinosaur art by contemporary Paleoartists. These astonishing images of dinosaurs will overturn our conventional ideas about them.

This is an art collection of dinosaur illustrations by nine of the world’s most technically and aesthetically accomplished paleoartists today. Each dinosaur is reproduced elaborately and faithfully based on the most recent scientific discoveries, and their astonishing appearance will overturn
readers’ conventional ideas about dinosaurs.


Paleoart is any original artistic manifestation that attempts to reconstruct or depict prehistoric life according to the latest knowledge and scientific evidence in paleontology today. Paleoart first became extremely popular during the 1990s following the megahit Jurassic Park (1993) and was enhanced by advances in computer graphics technology. Since 2000, the Society of Vertebrate Paleontology has awarded the Lanzendorf PaleoArt Prize for achievement in the field.

The artists in this collection present a selection of their works that show not only the dynamism of this artistic genre, but also the great detail and individual technique of each art work itself. The artistic renderings are the result of collaborations with paleontologists and are based on the most recent discoveries. The artists’ own words about their professional focus, their methods and techniques and how they became fascinated with dinosaur art, are also presented. Informative captions include the name, habitat and time period of each dinosaur, along with the media and software used in each art work.

Dinosaur fans, fantasy art fans as well as 3D art professionals and students will enjoy exploring the world of dinosaur art today with this book.

Kazuo Terakado is a renowned Japanese science journalist, TV commentator, and a senior researcher at Japan Space Forum. His reportage spans a wide range of science topics, from paleontology to space, from life sciences to global issues, and beyond, to art, literature and science fiction. He was the managing editor of Newton, the immensely popular science magazine in Japan for 20 years, since the time of the first issue in 1981. During his time at Newton he also published numerous science books. Over the past 40 years, Terakado has been covering the development of the study of dinosaurs, and during that time he has witnessed a dramatic evolution in the world of dinosaur art, or “paleoart”. This book is a collection of his favorite works by contemporary paleoartists from around the planet.