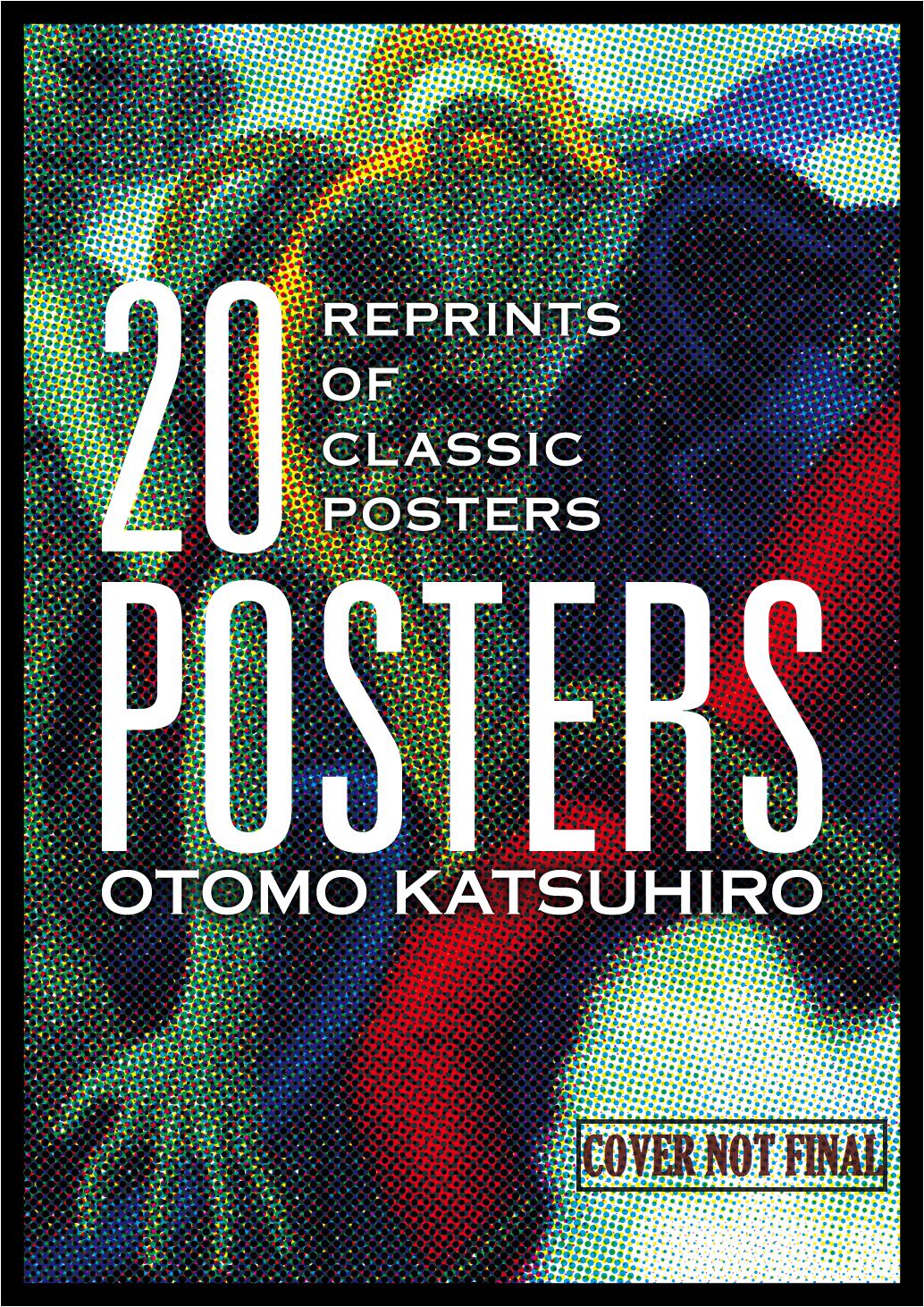 20 reprints of rare and sought after posters from AKIRA, STEAMBOY, DOMU and more!

To mark the 35th anniversary of the manga AKIRA, PIE International is delighted to announce a new collection of classic Katsuhiro Otomo poster reprints.

Throughout his long career, Katsuhiro Otomo has created many promotional posters for his film and manga works, as well as posters for events and advertising.

Many great art pieces for such classic works as AKIRA, MEMORIES, SHORT PEACE, A FAREWELL TO WEAPONS and DOMU were released only in this form, and have since become hard to obtain collector's items.

This collection contains high quality Japanese reprints of 20 sought-after classic posters that, until now, have been difficult for fans to get hold of.

Handpicked by Otomo-Sensei himself, the collection contains eighteen 20 × 14.2" (508mm×359mm) size color prints and two 40 × 28.1" (1016mm×712mm) size color prints folded in four, in a specially designed envelope folder. The back of the folder shows all the interior images.

Katsuhiro Otomo is a Japanese manga artist and film director. Born in 1954 in Miyagi prefecture, he debuted in 1973 with his manga GUN REPORT, and began attracting acclaim with titles like DOMU and AKIRA in the 1980s.

As an animator, he worked on sci-fi animations like GENMA-TAISEN and the CONSTRUCTION CANCELLATION ORDER segment of anthology film NEO TOKYO, which he wrote and directed.

In 1988, he made his feature-length directorial debut with the animated film AKIRA. One of the most influential and acclaimed animated films to come out of Japan, it was a trailblazing work in the spread of Japanese animation to the world.

He has been inducted into the Eisner Award Hall of Fame (2012, America), has received the Purple Medal of Honor (2013, Japan) and in 2015 was the first manga artist to receive the Grand Prix de la ville d'Angoulême (2015,France).