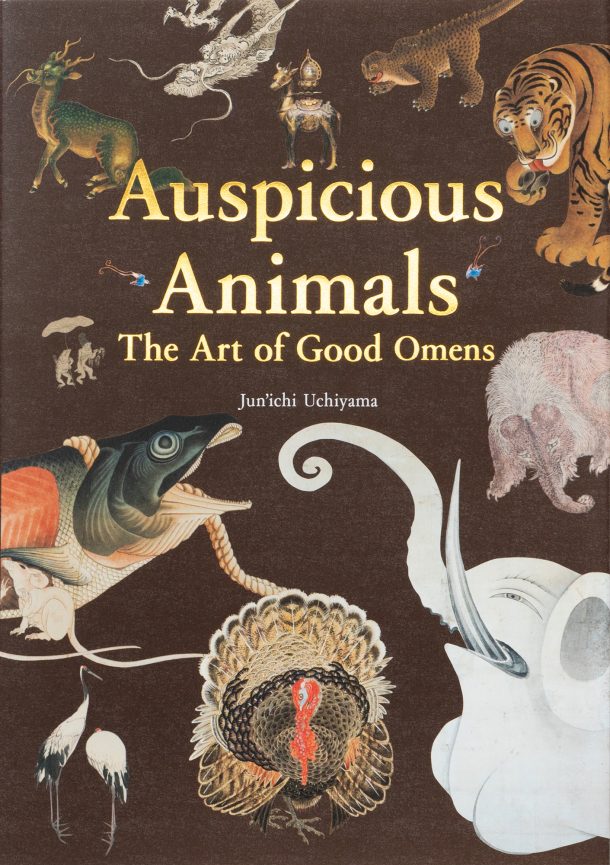 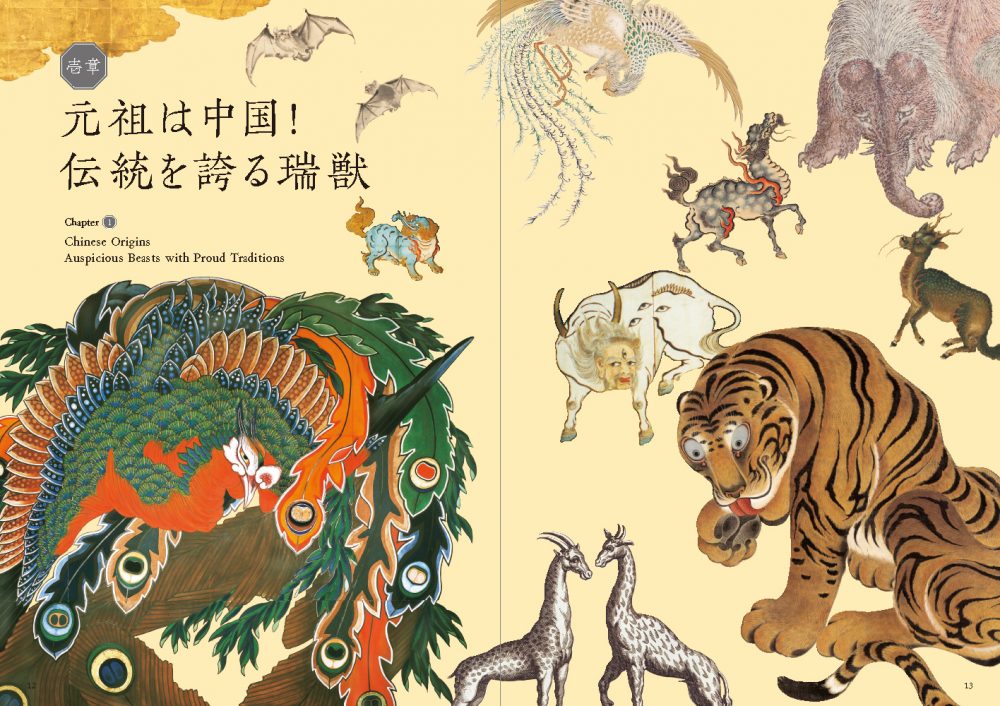 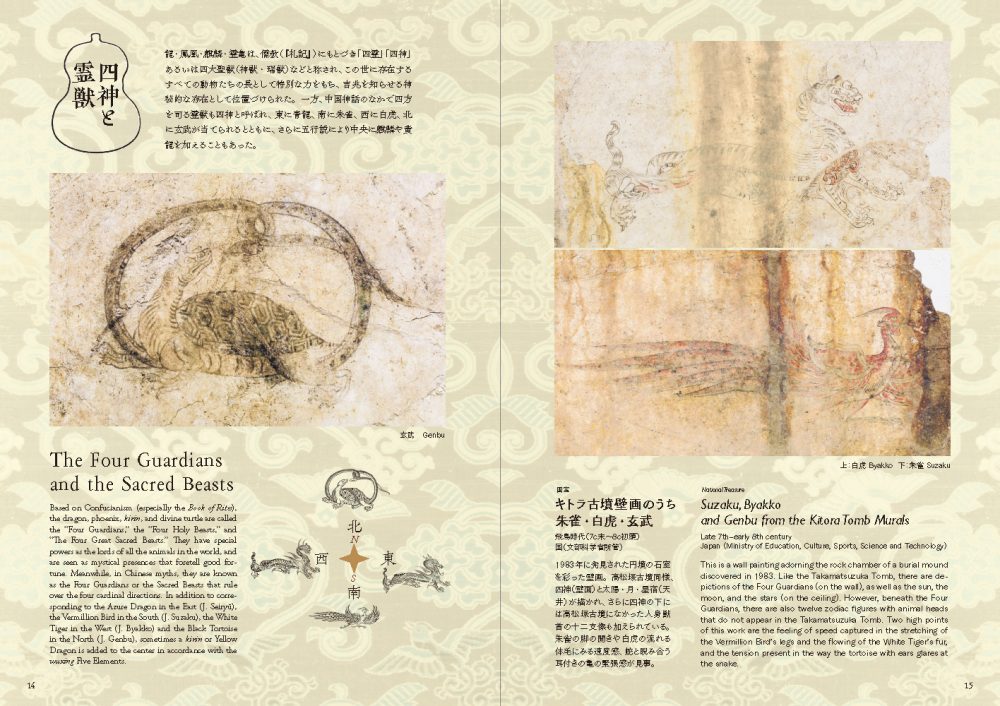 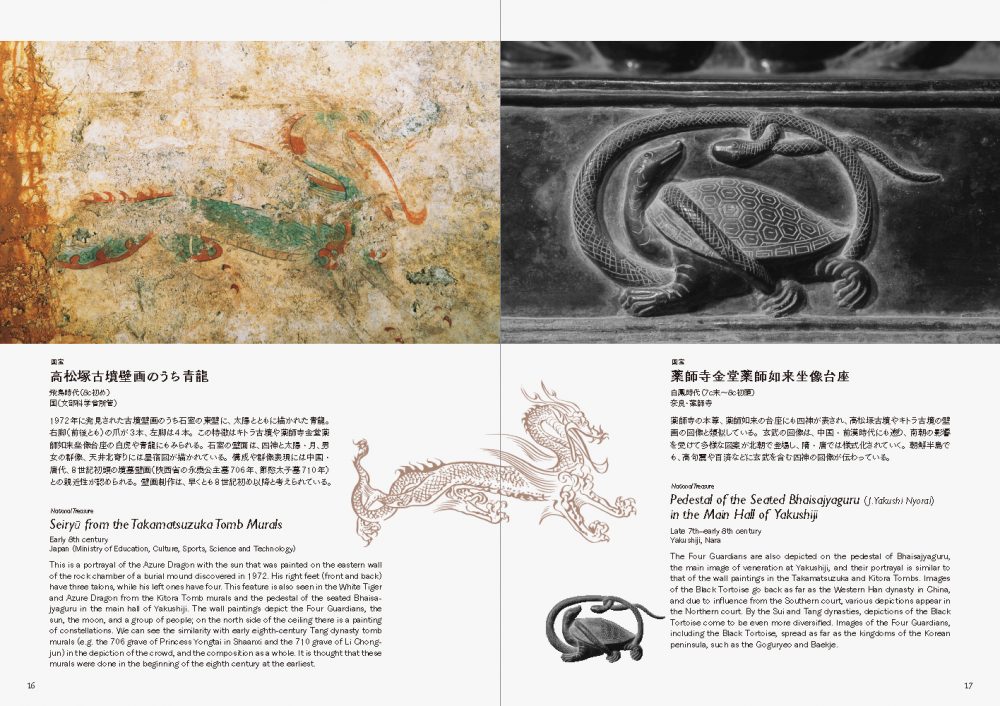 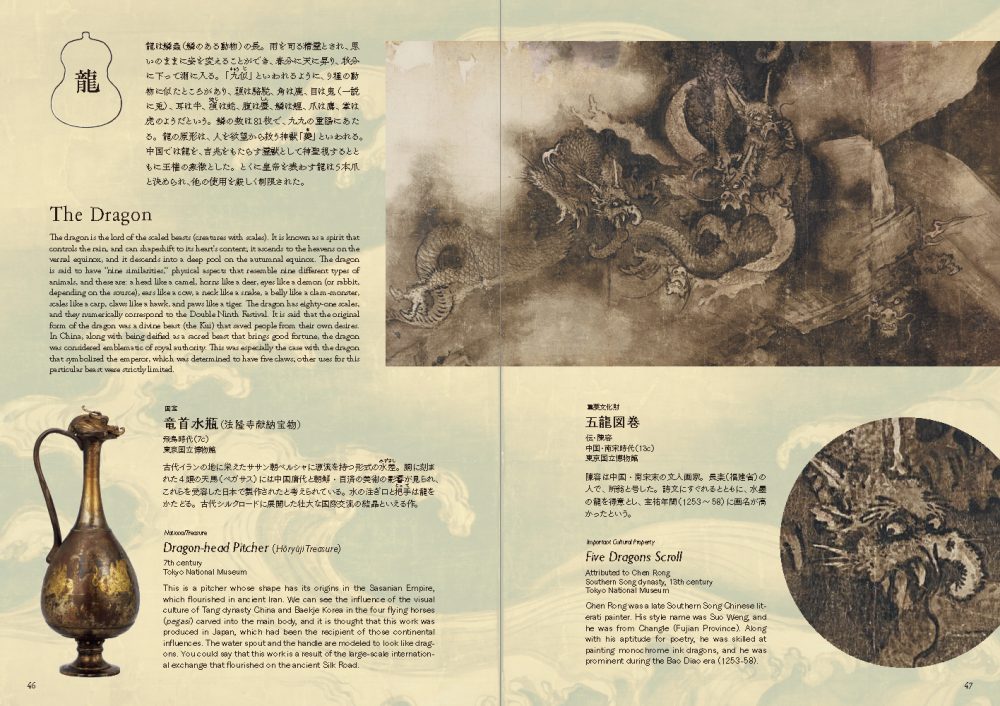 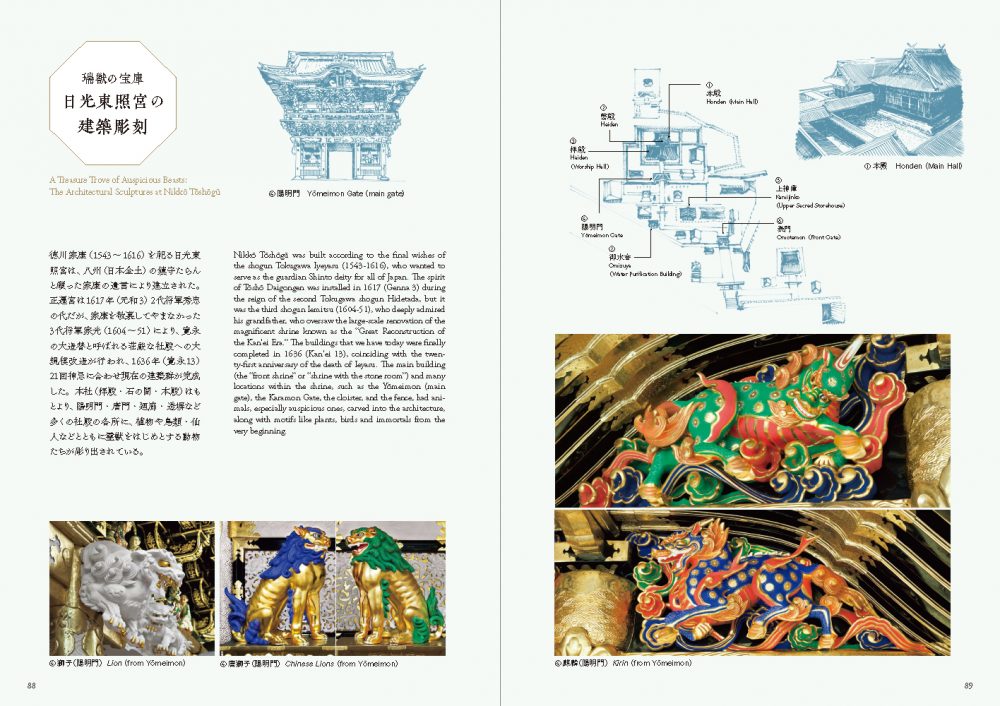 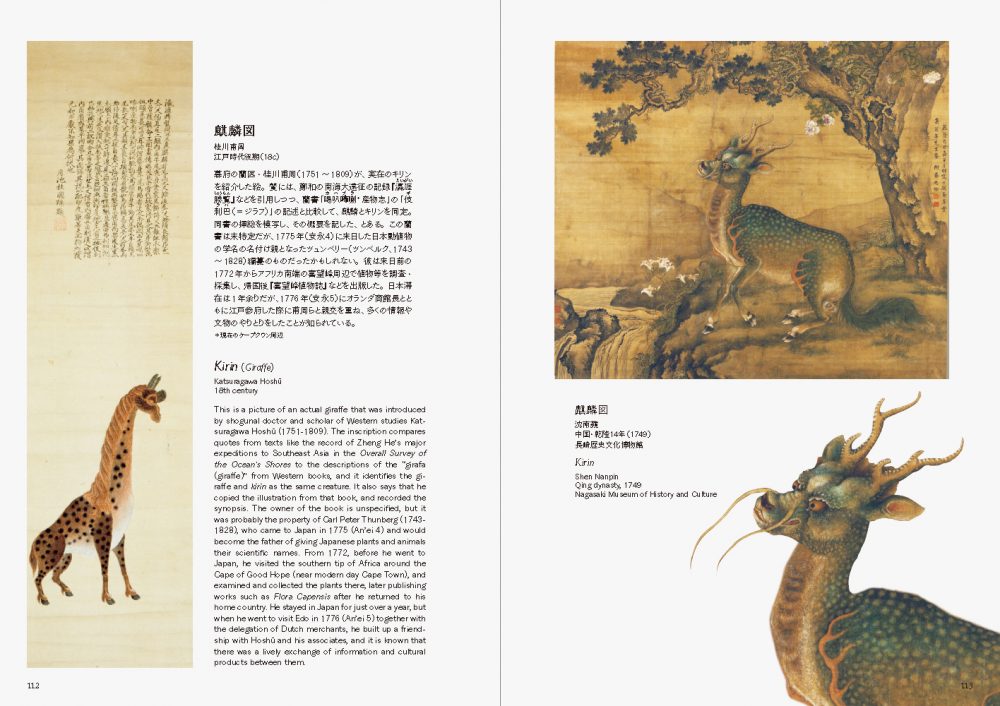 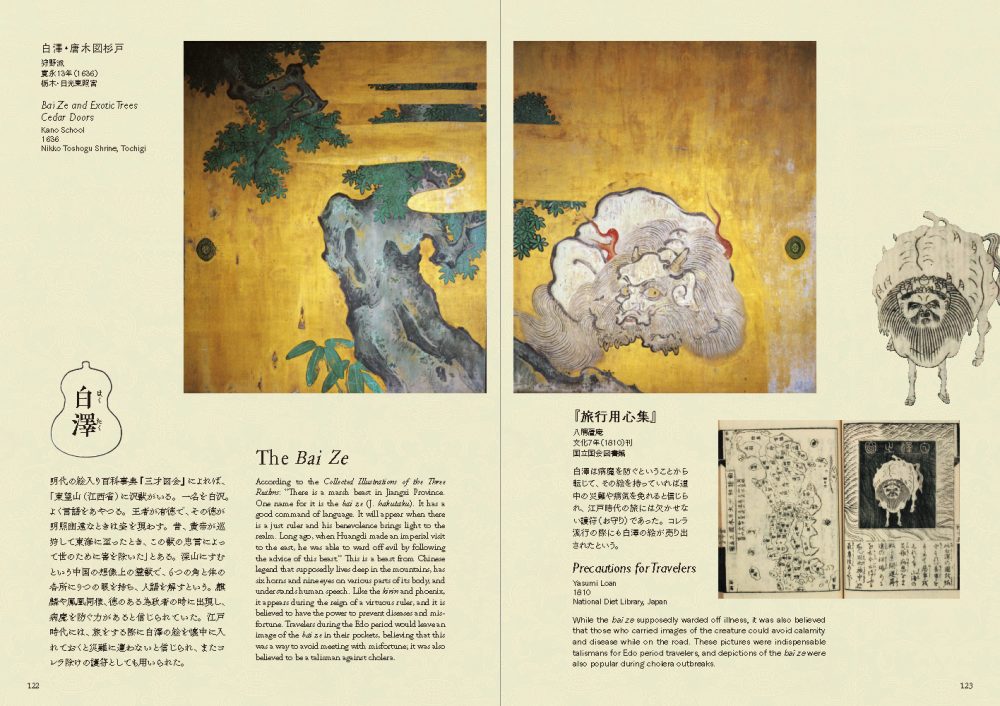 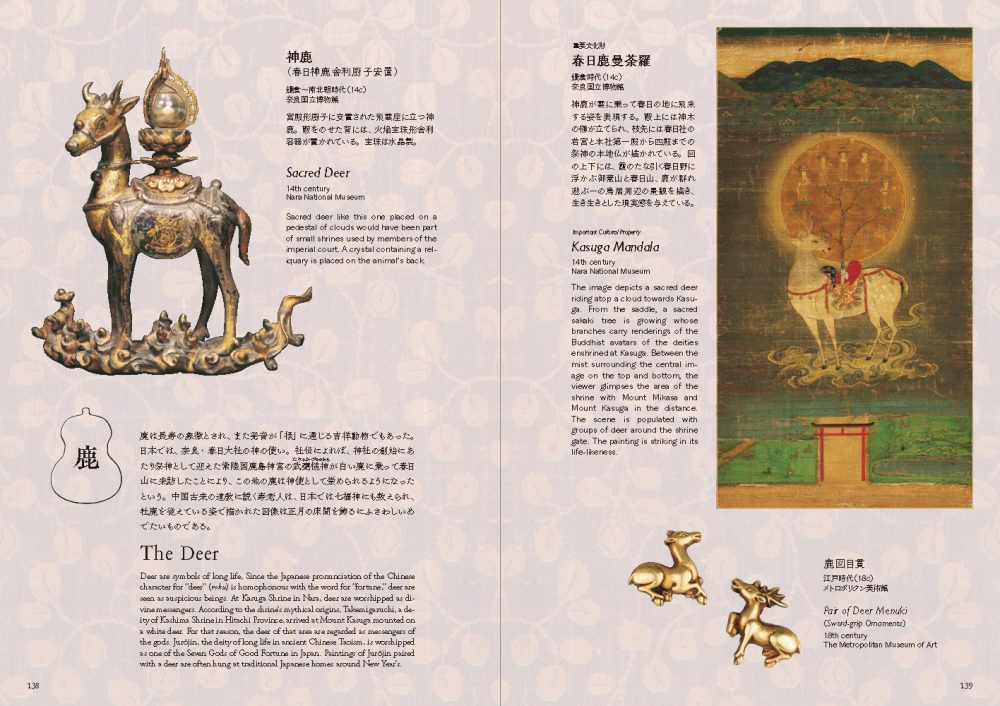 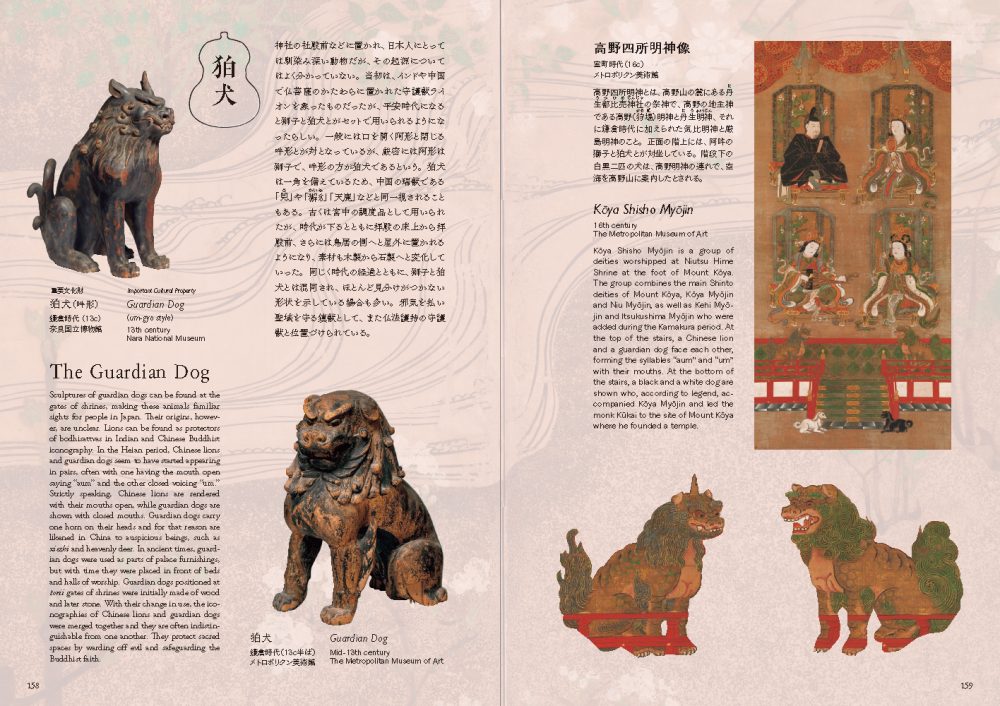 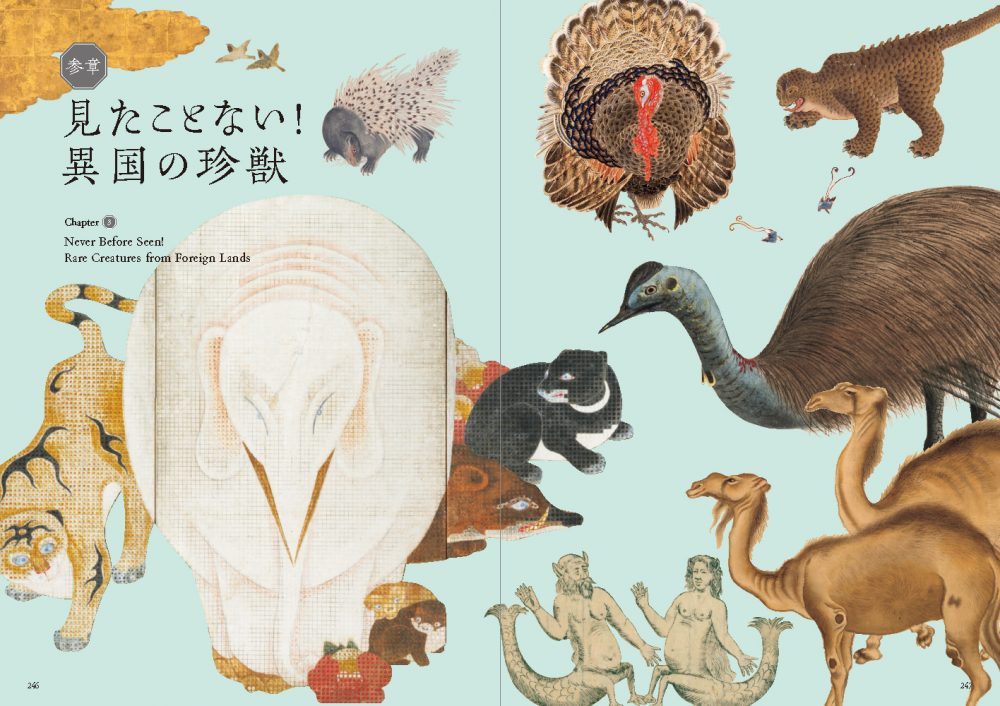 The world of mythical creatures born from human imagination.

Many imaginary animals believed to be auspicious symbols of good fortune originated in ancient China. The most famous ones are the “Big Four”: the Winged Dragon, the Chinese Phoenix, Qilin (a hooved chimeric creature) and the Spirit Turtle. There are many more, not only from China, but also from Japan and other regions around the world. This book showcases illustrated artworks, along with sculptures and applied arts, featuring these good omens. The collection, totaling around 240 pieces, is accompanied by rich, enjoyable and approachable text by Jun’ichi Uchiyama, a professor at Miyagi Gakuin Women’s University.

Chapter One introduces the auspicious animals that originated from China, showcasing around 30 animals with explanations. Chapter Two presents another 30 animals that evolved in Japan. Chapter Three focuses on 10 rare animals from around the world, including India, Australia, The Netherlands, along with China during the Qing Dynasty and Vietnam under the Han Dynasty. Besides Albino animals, some animals from this chapter are common nowadays, but they were rare to the people in 17-19th centuries Japan. Readers can also enjoy artworks from the Kano school, the Rinpa school, and artists such as Itō Jakuchū and Kawanabe Kyōsai. 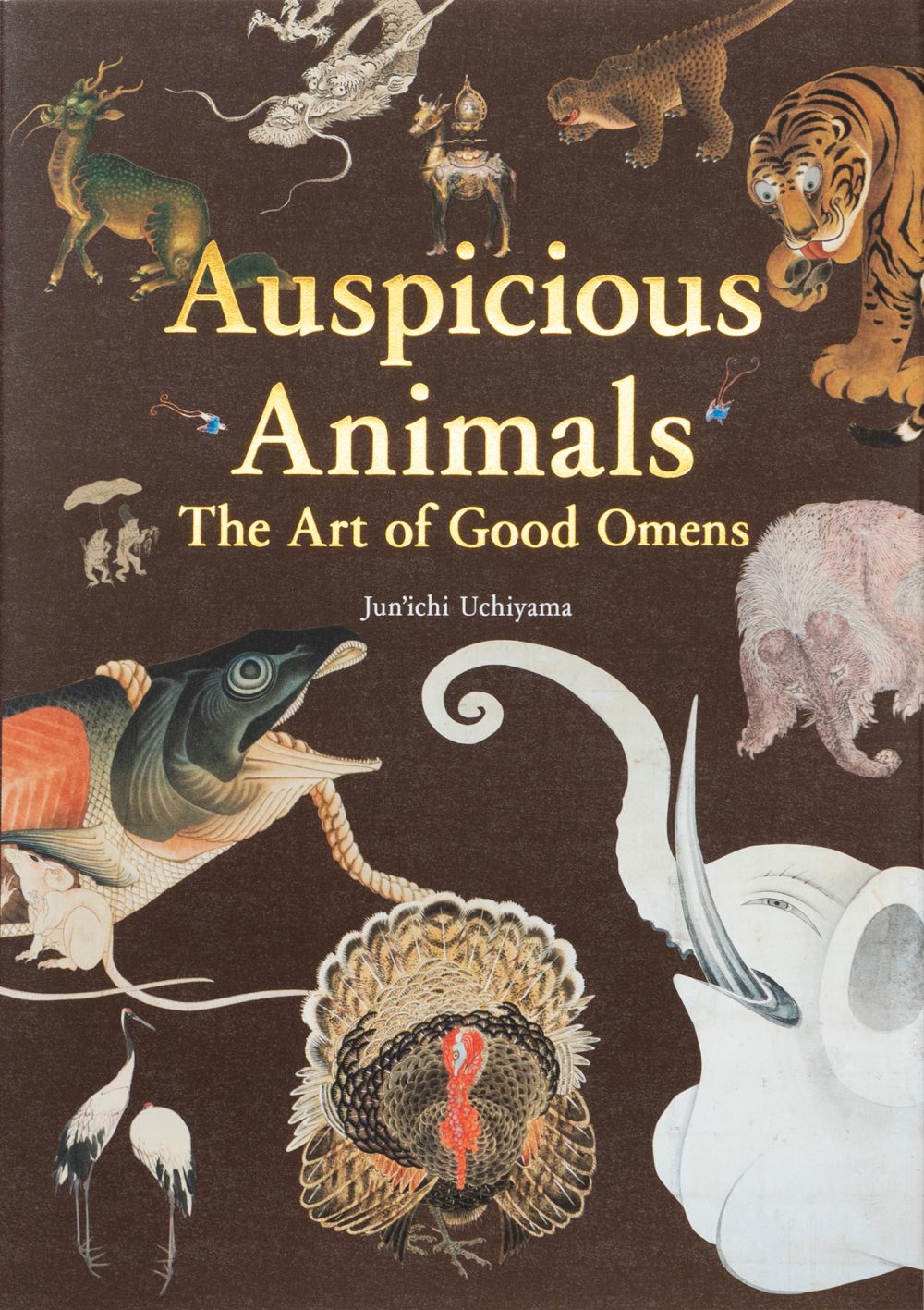