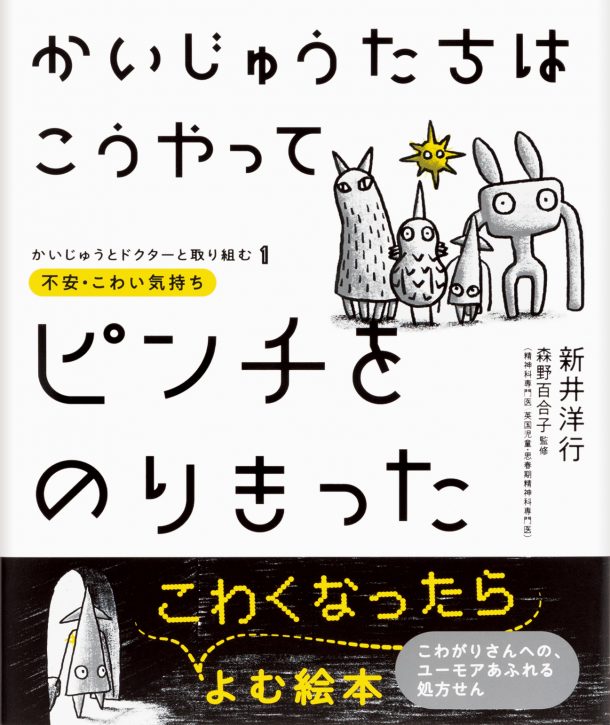 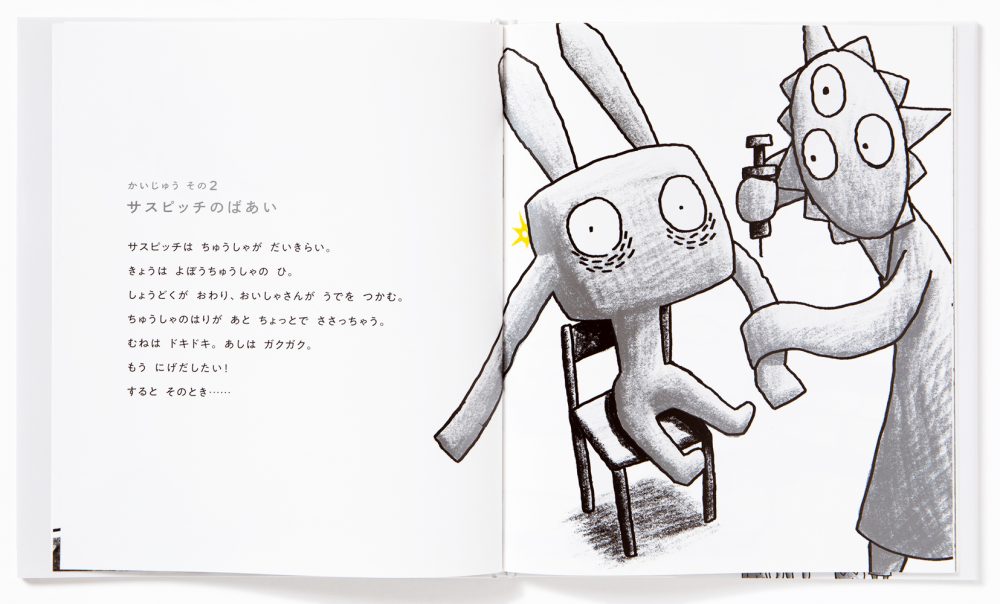 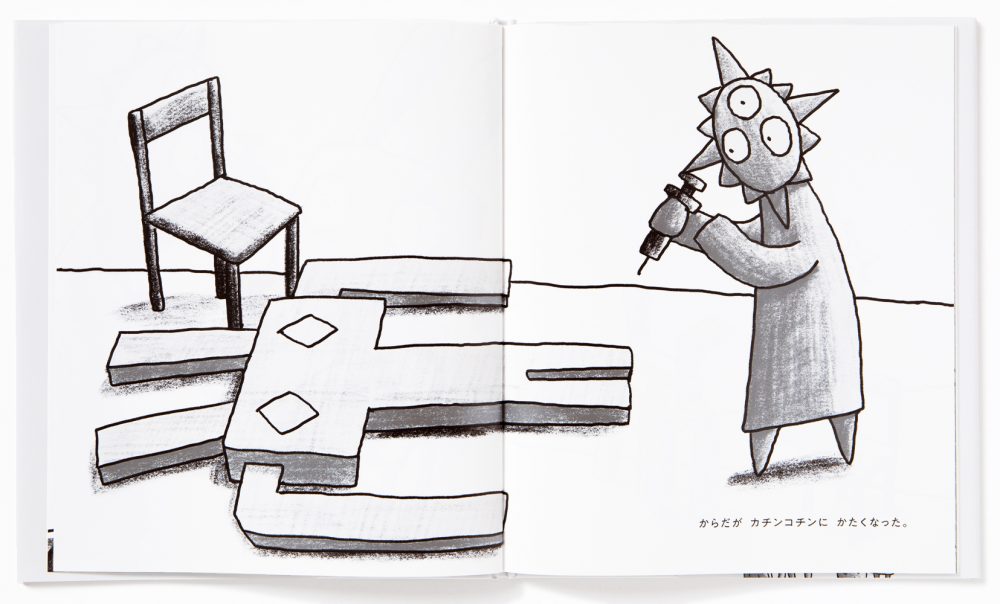 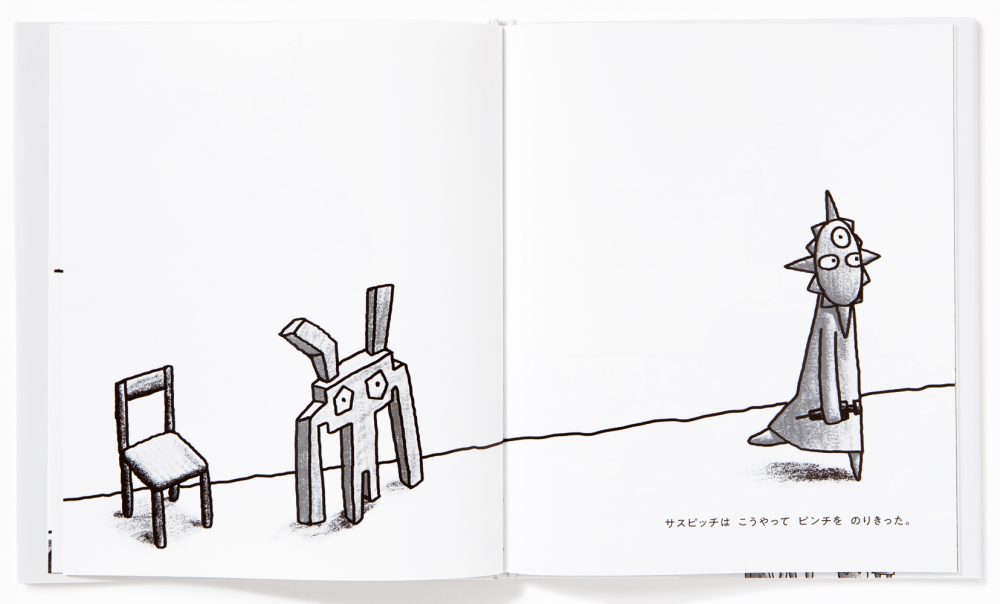 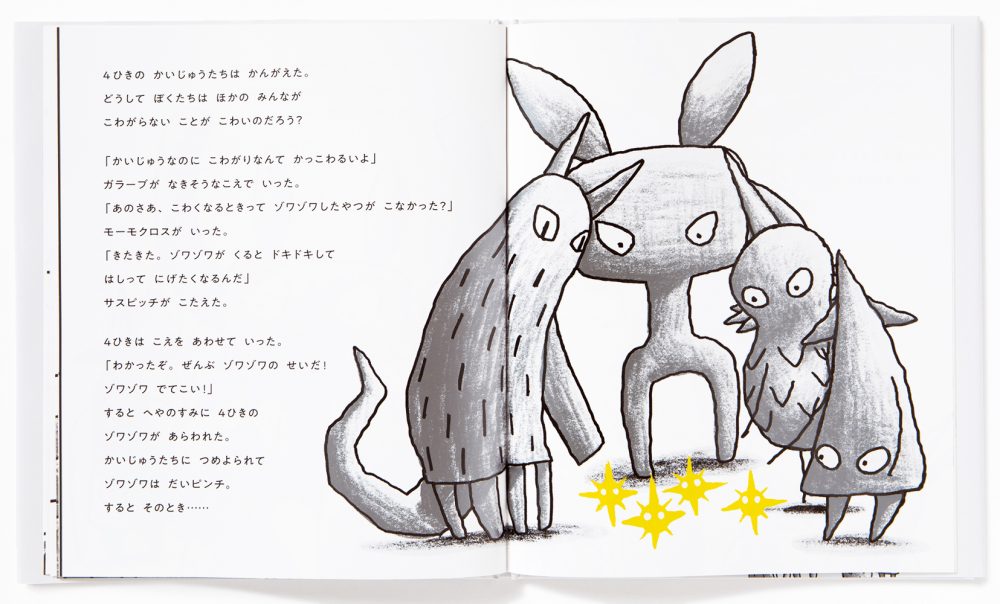 - Licensing Information - "How the Monsters Survived Their Crisis"

Selling Points
-The four “scaredy-cat” monsters share their feelings and worries.
-The first title in the new “Picture Books for Kids on How to Live” series.
-A practical advice -How to Deal with Scary Feelings -for parents and guardians from a psychiatrist compiled.

Description
Shots, the dark, losing friends, getting up in front of everyone to make a speech -the world is full of scary things. This picture book explores ways of living with anxiety and fear together with a gang of “scaredy-cat” monsters as they think about the best ways to get feelings of anxiety and overwhelm on their side.

Author
Since his debut in 2006, Hiroyuki Arai has published more than 200 titles; today, his 43+ titles have been published in over 9 countries. His unique idea on interactive picture book was formed while he was playing with his two daughters, which eventually became a large series including the best-seller "Refrigerator" and other worldwide successful titles. According to him, he "worries and gets anxious a lot". 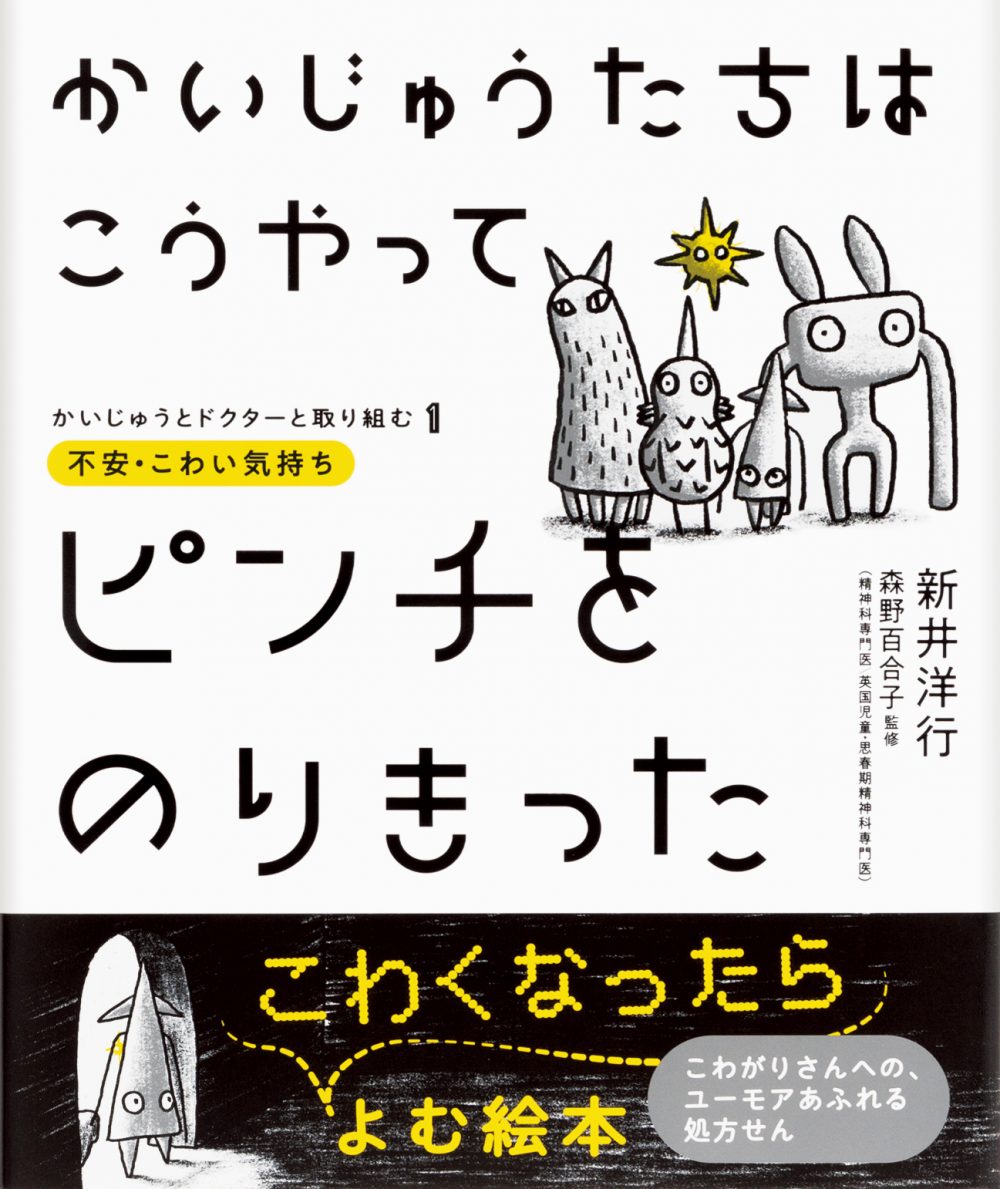