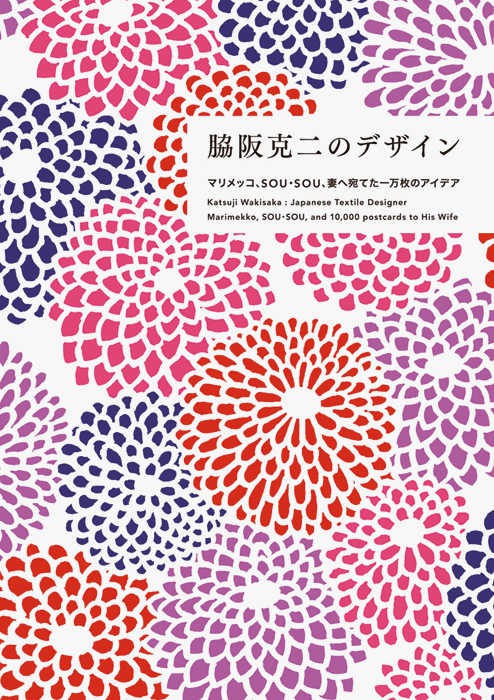 Katsuji Wakisaka, a Japanese textile designer, started his career as the first Japanese designer to work for Marimekko, the Finnish textile company, in 1968. Surrounded by the beautiful nature of Finland, he developed an aesthetic for organic shapes and bold colors. After coming back to Japan in 1980s, he started SOUSOU, the apparel brand whose projects are created based on Japanese tradition. These days, Wakisaka starts his day with a walk and takes inspiration from the landscape of his hometown, Kyoto. After returning to his studio, he paints everything from seasonal changes in nature to traditional Japanese patterns. Many of his textile designs for SOUSOU begin as postcards, which serve as initial drafts for his designs, and he mails each one to his wife. He is prolific that he has made more than 10,000 postcards until now.Most of the contents of this book are his textile designs and products for Marimekko and SOUSOU. Behind-the-scene stories of how he is active in his SOUSOU brand,