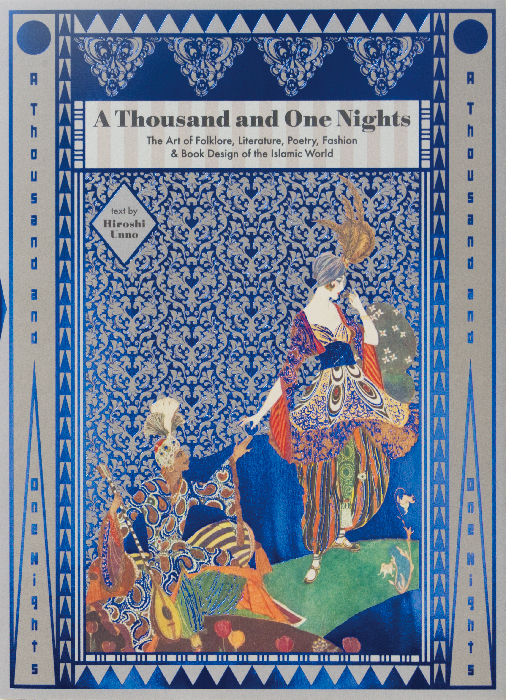 A Thousand and One Nights: The Art of Folklore, Literature, Poetry, Fashion & Book Design of the Islamic World

>Middle Eastern literature and poetry, including Arabian Nights and Rubaiyat of Omar Khayyam, has captured the imaginations of European people with its mysterious atmosphere and tales of exotic lands. From the 18th to the early 20th century, various European editions of these stories were published that included imaginative illustrations by notable European illustrators such as Kai Nielsen, Edmund Durac and others.

This book is a visual art collection of the world featured in such European illustrations and introduces the ancient Islamic manuscripts and art on which the illustrations are based. Islamic book design, ornaments and costumes of the time are also featured, giving readers a broad sense of the Islamic culture that has so inspired European artists.

This collection offers a unique introduction to the beauty of Islamic art and culture and is sure to become a treasured book for Islamic art lovers, too.