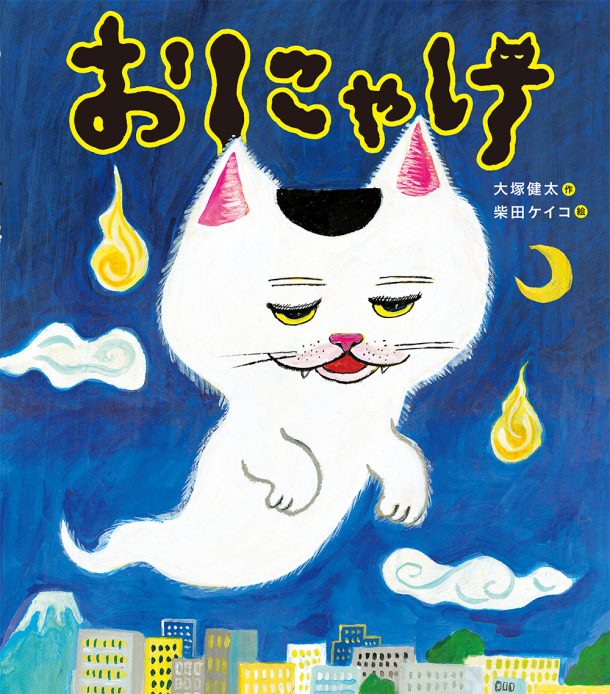 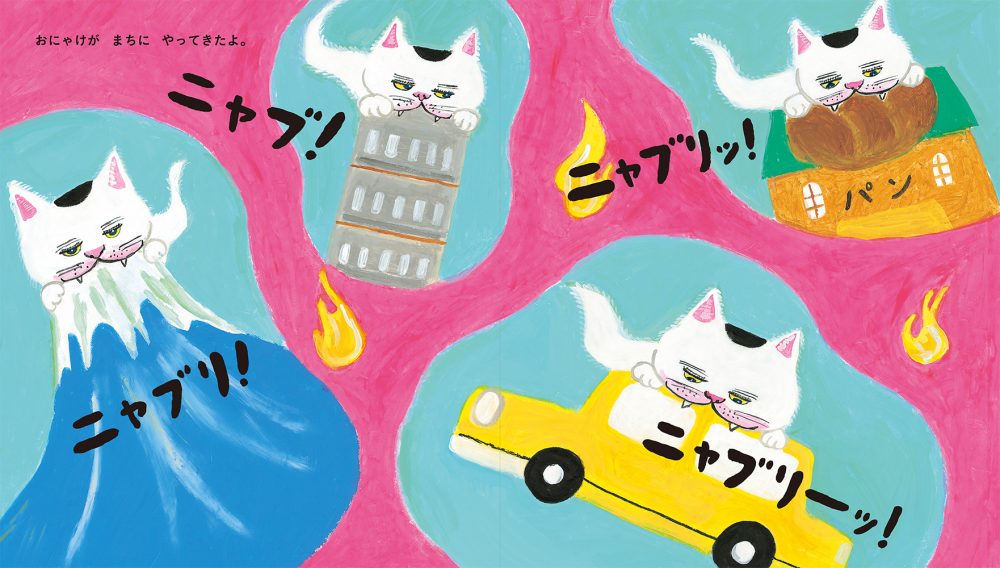 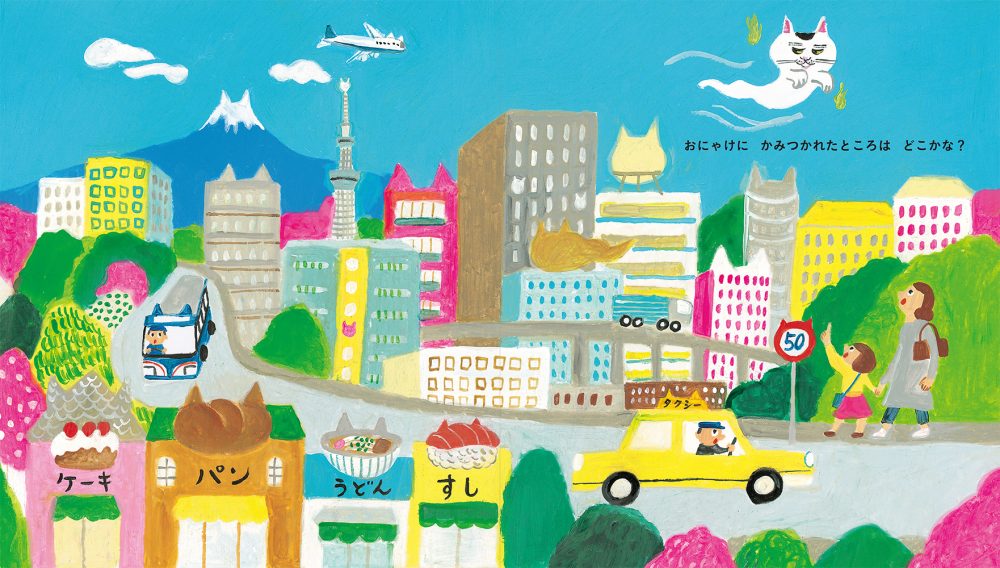 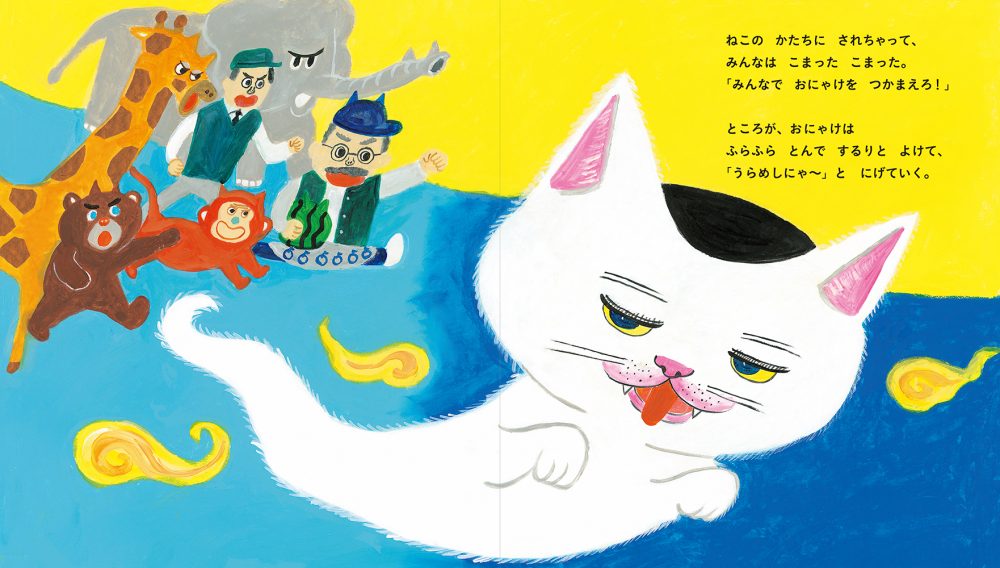 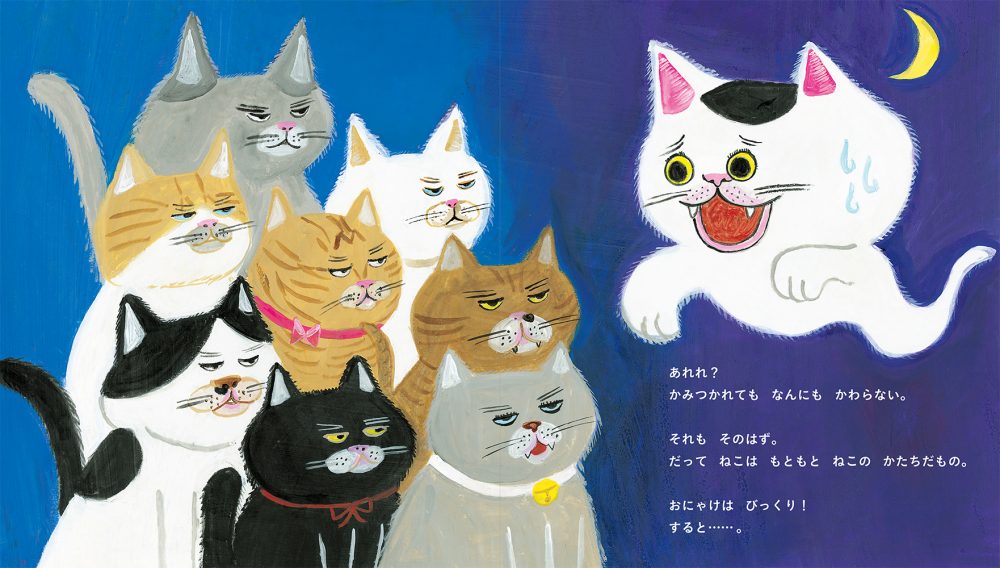 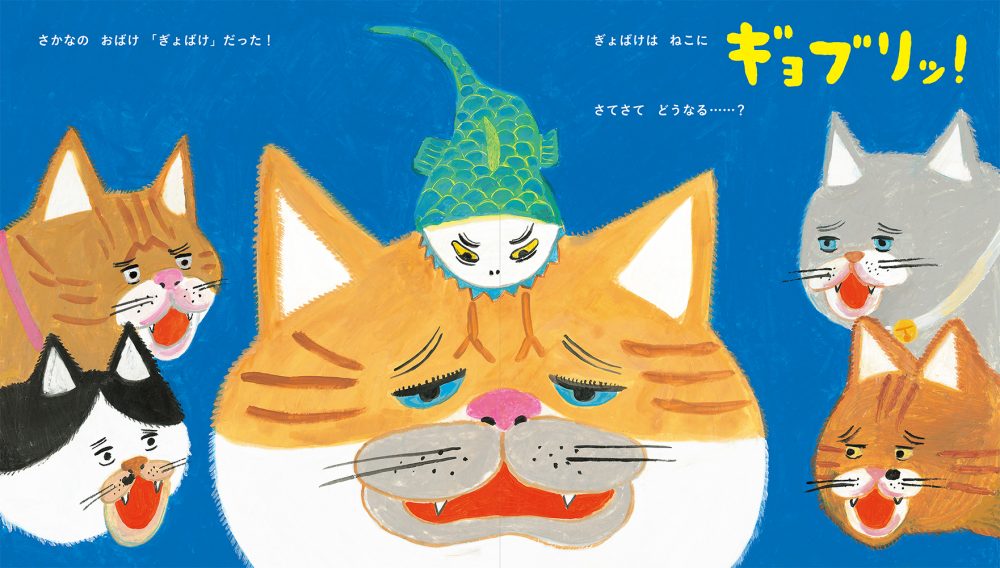 A ghostly kitty who loves mischief, Ghost Cat is the cheekiest!
BITE! Anyone bitten by Ghost Cat will soon grow cat ears! Ghost Cat’s mischief annoys everyone, but there’s one kind of creature that doesn’t! Who could it be? See who you can find in the pages of this fun and adorable picture book full of humor.

Selling Points
- Rhythmic lines are fun to read aloud.
- It’s fun to imagine a ghost that acts like a cat.
- Clear, colorful illustrations are easy for small children to see. 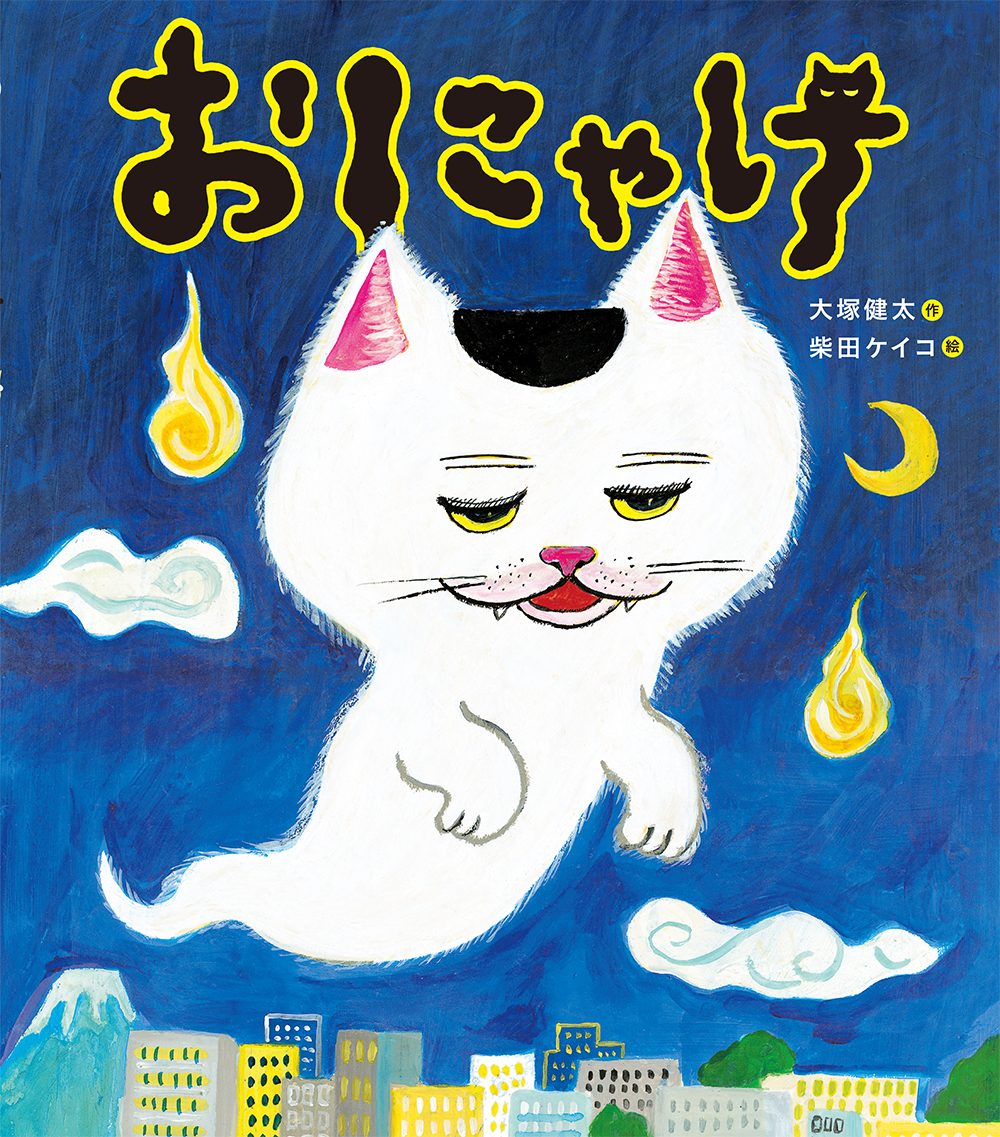