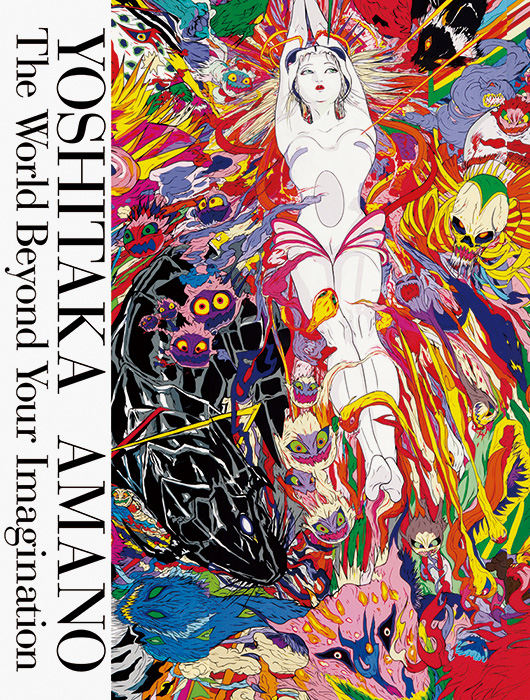 YOSHITAKA AMANO: The World Beyond Your Imagination

Yoshitaka Amano is a multi-talented Japanese artist who has been well known for his massively successful video-game character designs of ‘Final Fantasy’ series. This title is edited as a catalogue for his solo exhibition titled ‘Yoshitaka Amano: The World Beyond Your Imagination’, and at the same time, is also available at bookstores all over the world.
This title displays more than 250 of Amano’s entire works from the beginning of his carrier until the very recent works, in particular, character designs of Gatchaman, Time Bokan, Vampire Hunter D and Final Fantasy series and POP-paintings of Deva Loka series etc.
This can be a treasure book for Amano fans, Print-making fans and FF fans and definitely makes a new appeal of the essential world of Amano to a large number of people.