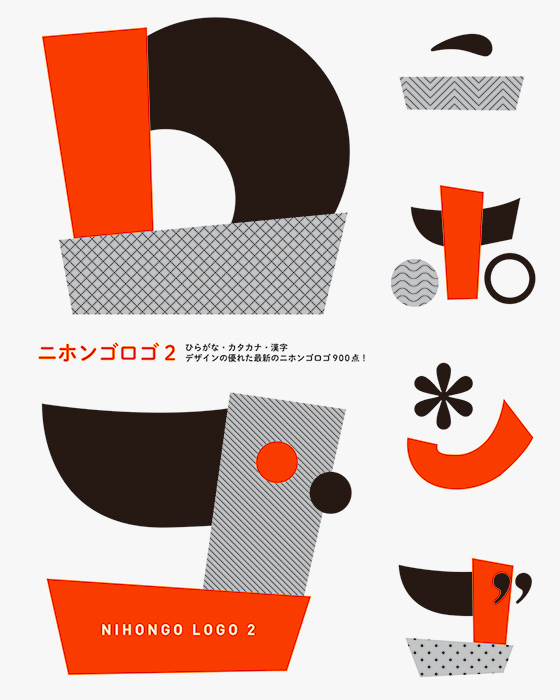 Following our bestselling Nihongo Logo (978-4-7562-4013-2), Nihongo Logo 2 features more than 900 logos from Japanese products, stores, brands, corporations, book and magazine titles and more. This follow-up title introduces more examples from food and living industries than its predecessor. Logos from small- and medium-sized corporations based in urban areas are featured alongside suburban companies to present a wide variety of styles to designers working in a range of areas.

Although some elements of Japanese culture are famous and influential throughout the world, “Nihongo” (which means “the Japanese language” in Japanese) remains a language primarily spoken in Japan alone. Through its use of Chinese characters, and the intrinsic beauty of calligraphy and its native Japanese Hiragana and Katakana characters, “Nihongo” is becoming an increasingly familiar written language, particularly in Chinese-speaking countries, one with the potential to inspire designers, marketers and consumers alike.

Nihongo Logo 2 showcases logos from enterprises that are less well-known outside Japan, and provides a rich resource for new ideas to designers searching for oriental inspiration, and those wishing to use Japanese (or any kind of Chinese characters) in their work.