Born in 1959, Paul Cox is a multi-talented French artist who is well known for his graphic design, illustration and stage art. In 1999, he won the Bologna Ragazzi Award in Fiction at the Bologna Children’s Book Fair.

Cox’s artworks are all charming graphic designs. This collection showcases his various works, which were released primarily in France and Japan. Ranging from advertisements for Opéra national de Lorraine à Nancy, the Japanese brand MUJI in Paris and the Hokuriku bullet train in Japan, to unique publications on lettering and shapes, Cox’s humorous drawings, bright color combinations and characteristic human touch combine to create a graphic design style that is all his own.

This title also features a look at Cox’s lifestyle by introducing his favorite things at home, rough sketches and an interview with the artist. This is sure to be a treasured collection for Paul Cox fans everywhere, as well as a good reference for those studying design and art. 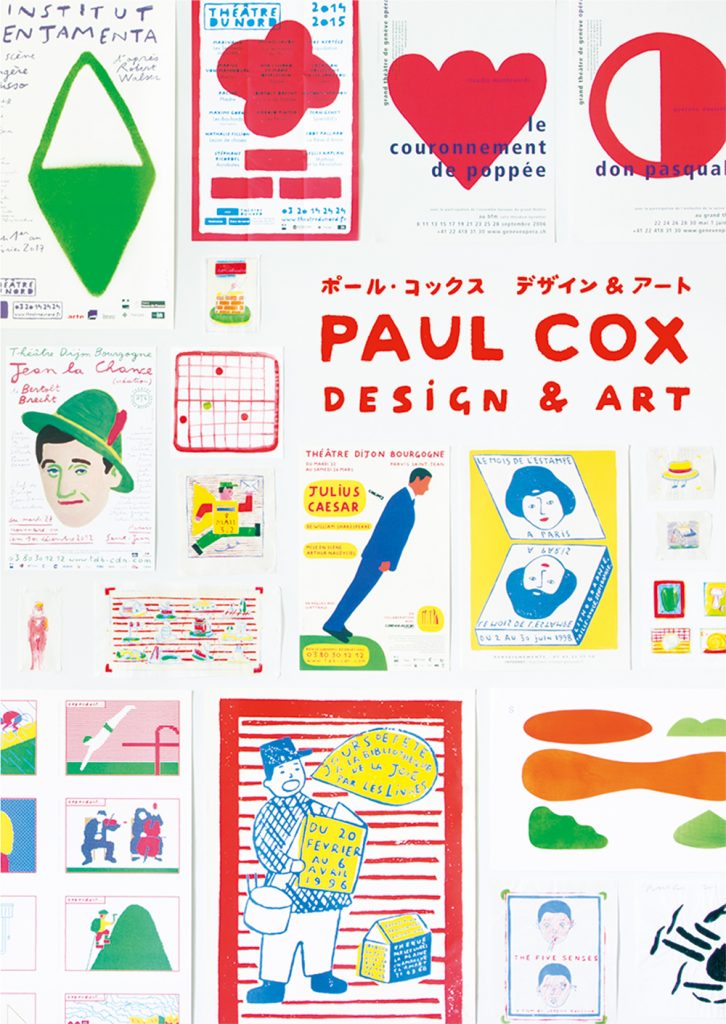