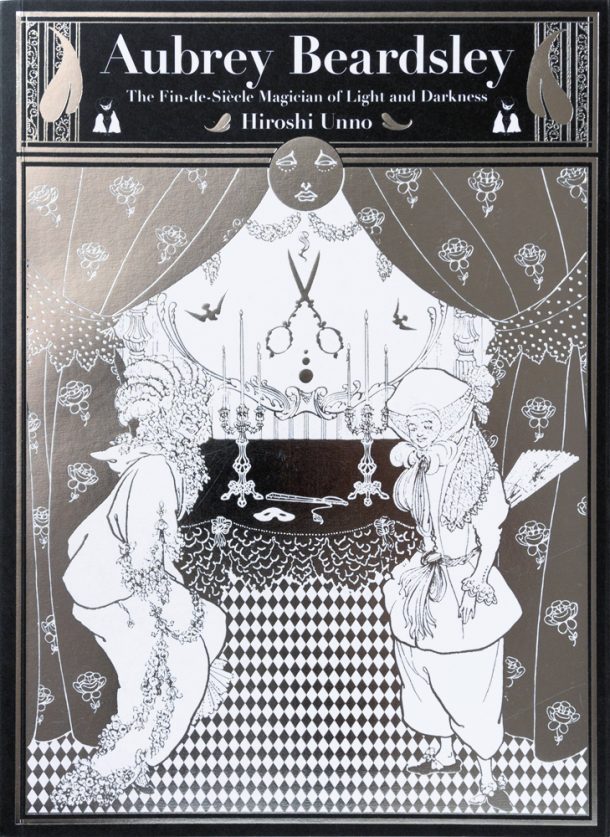 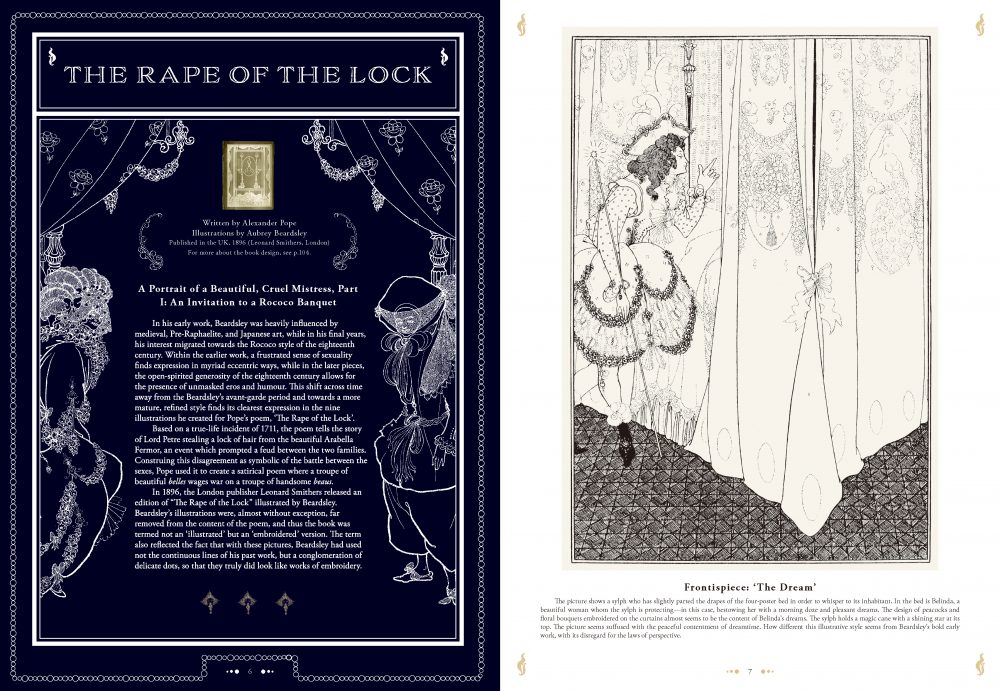 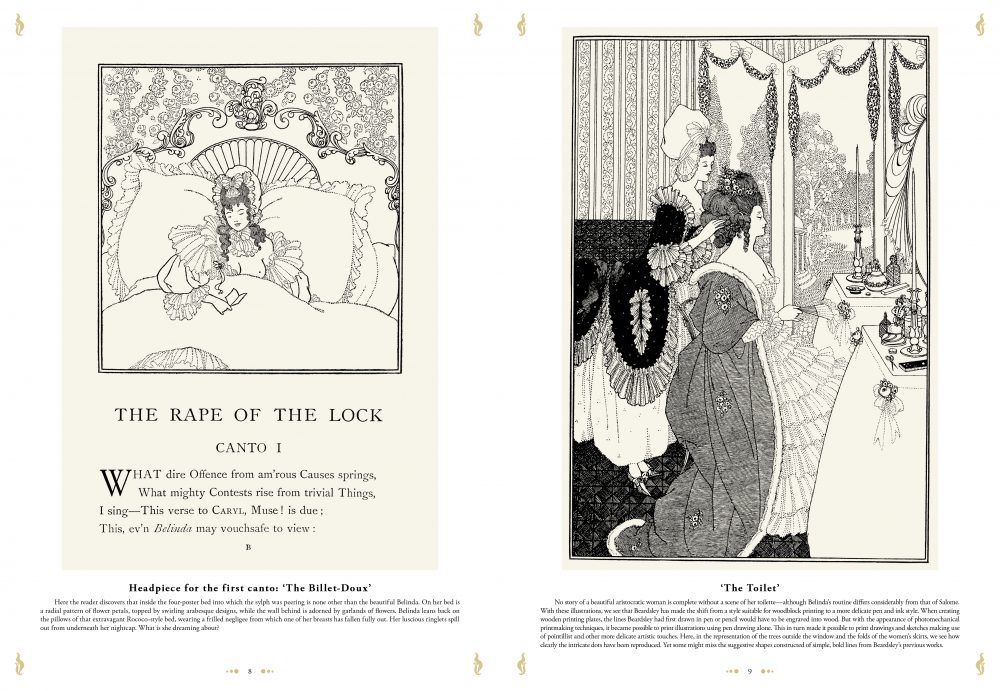 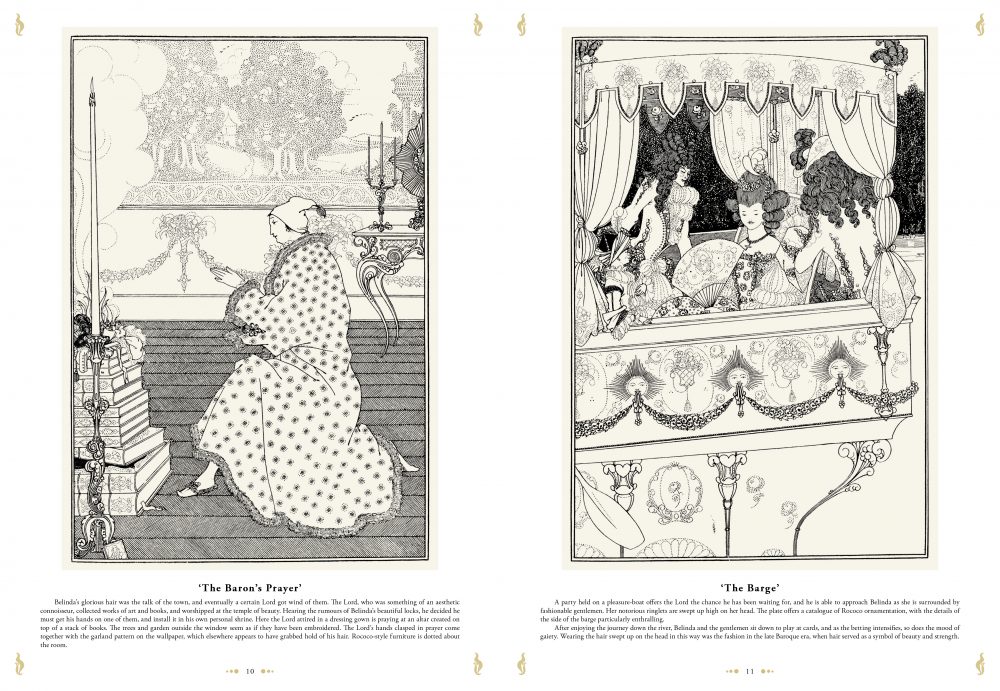 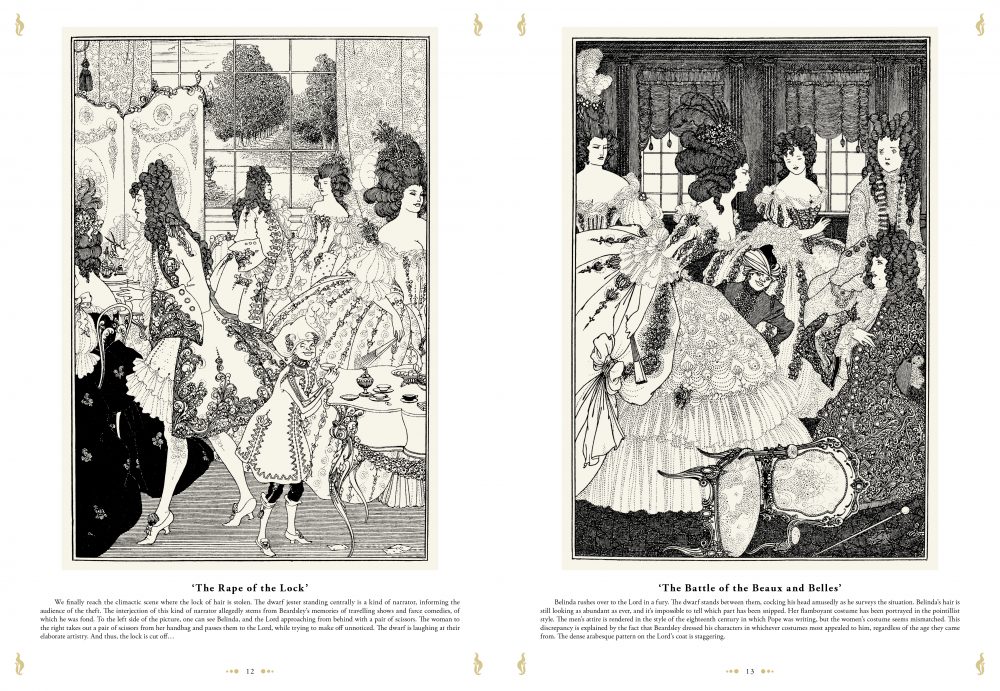 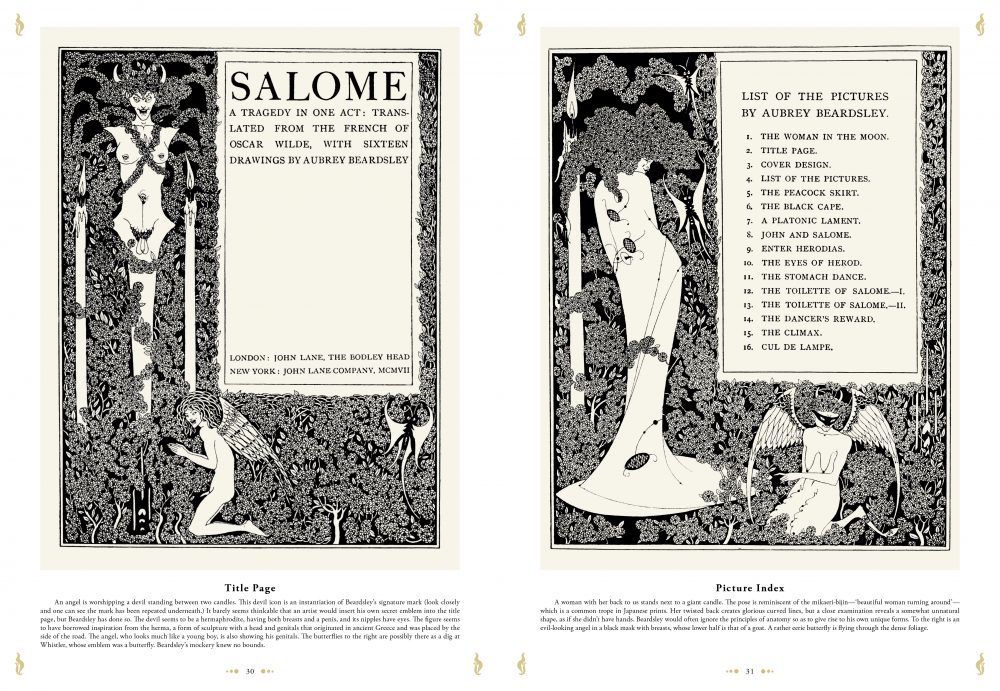 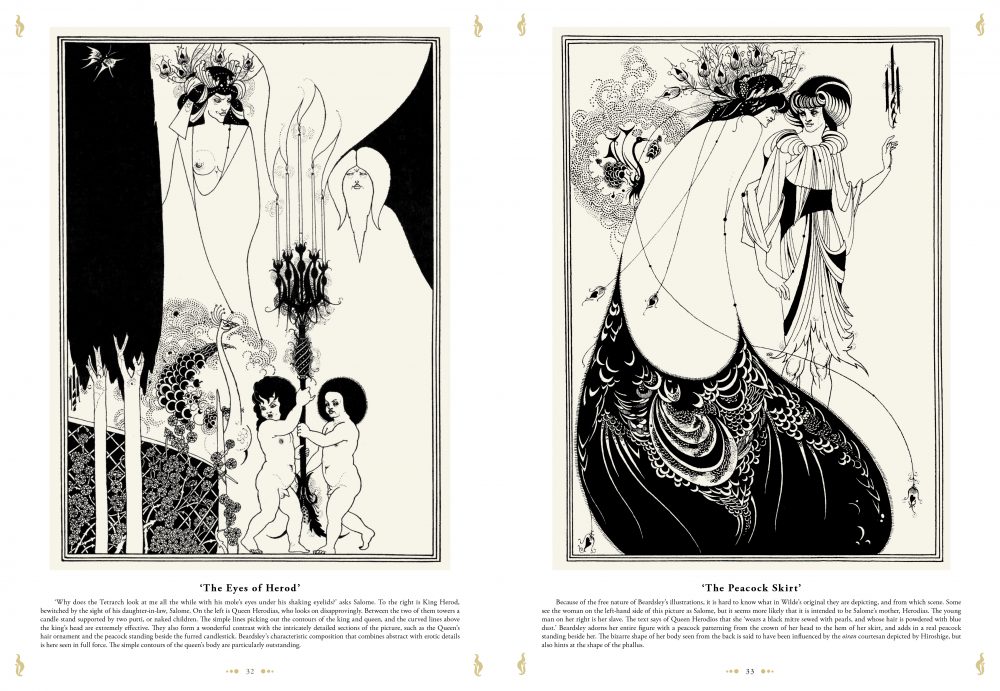 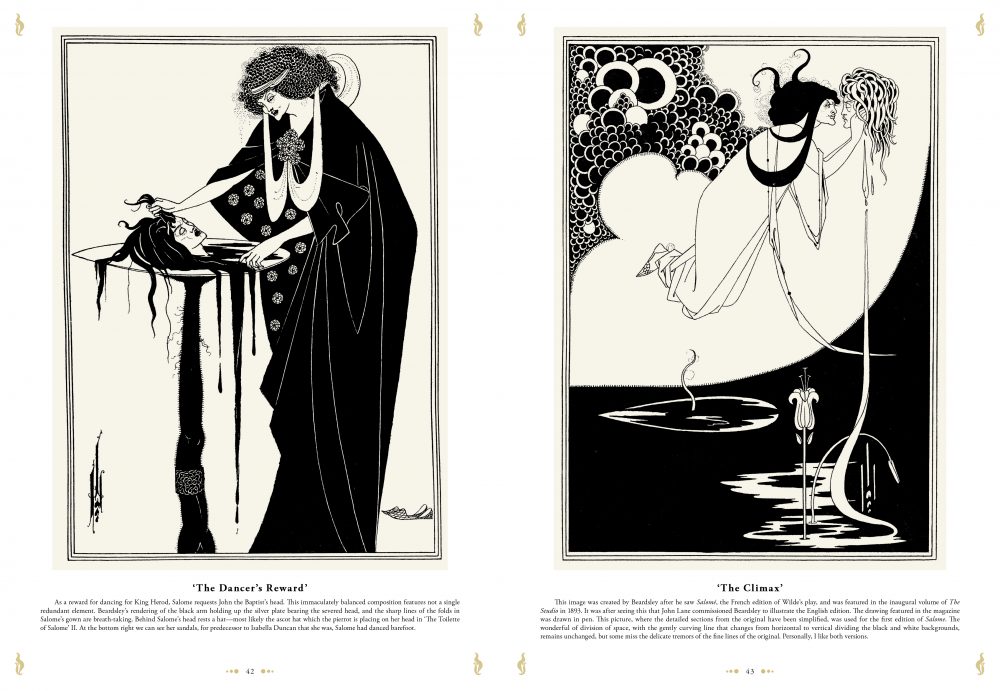 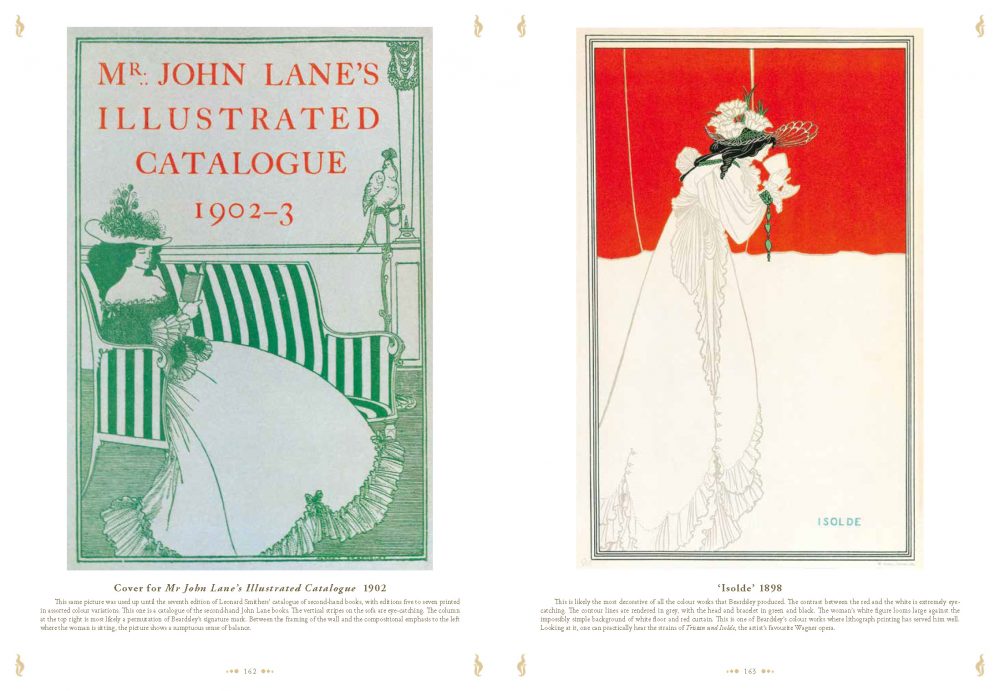 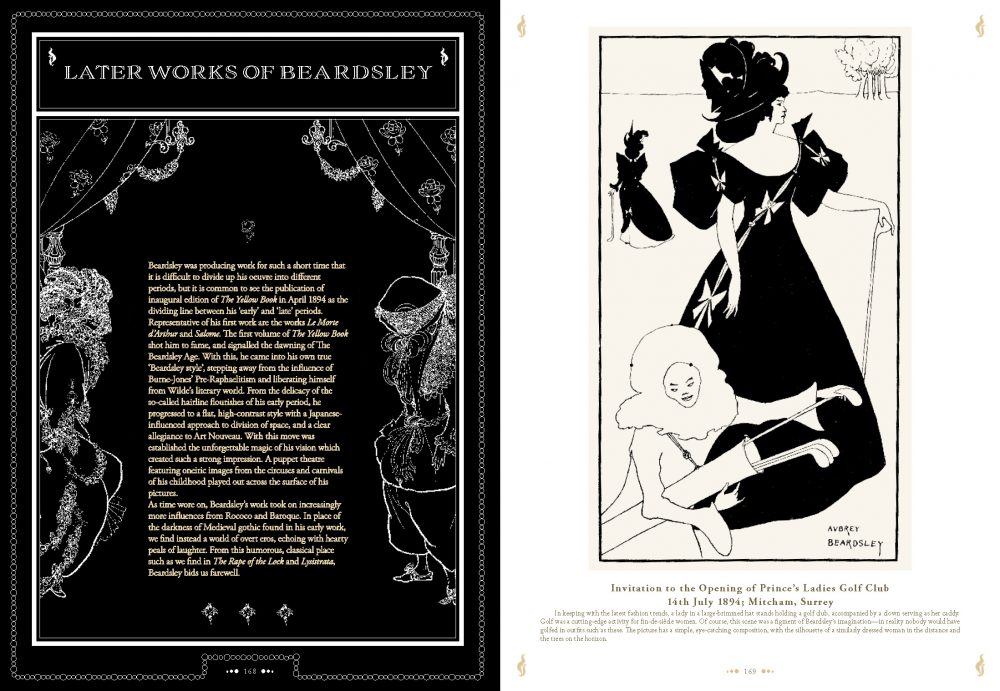 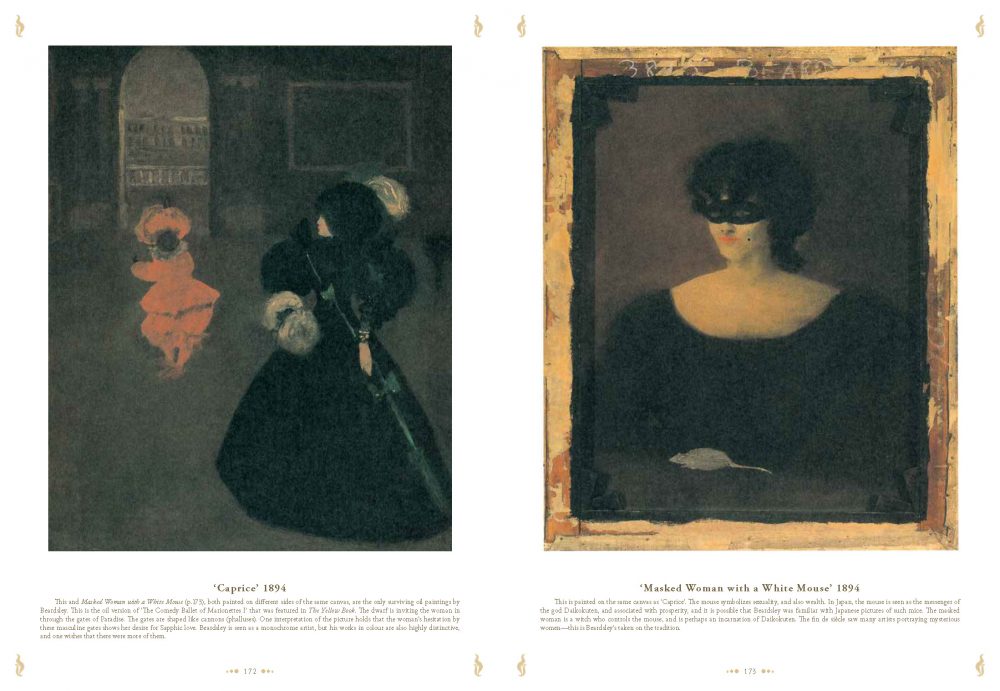 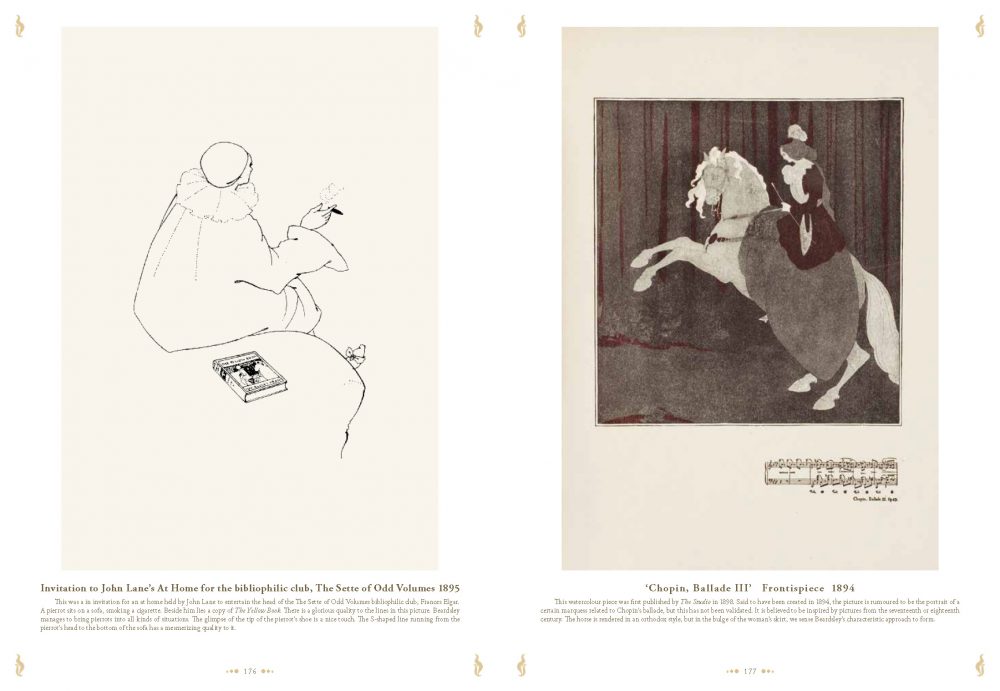 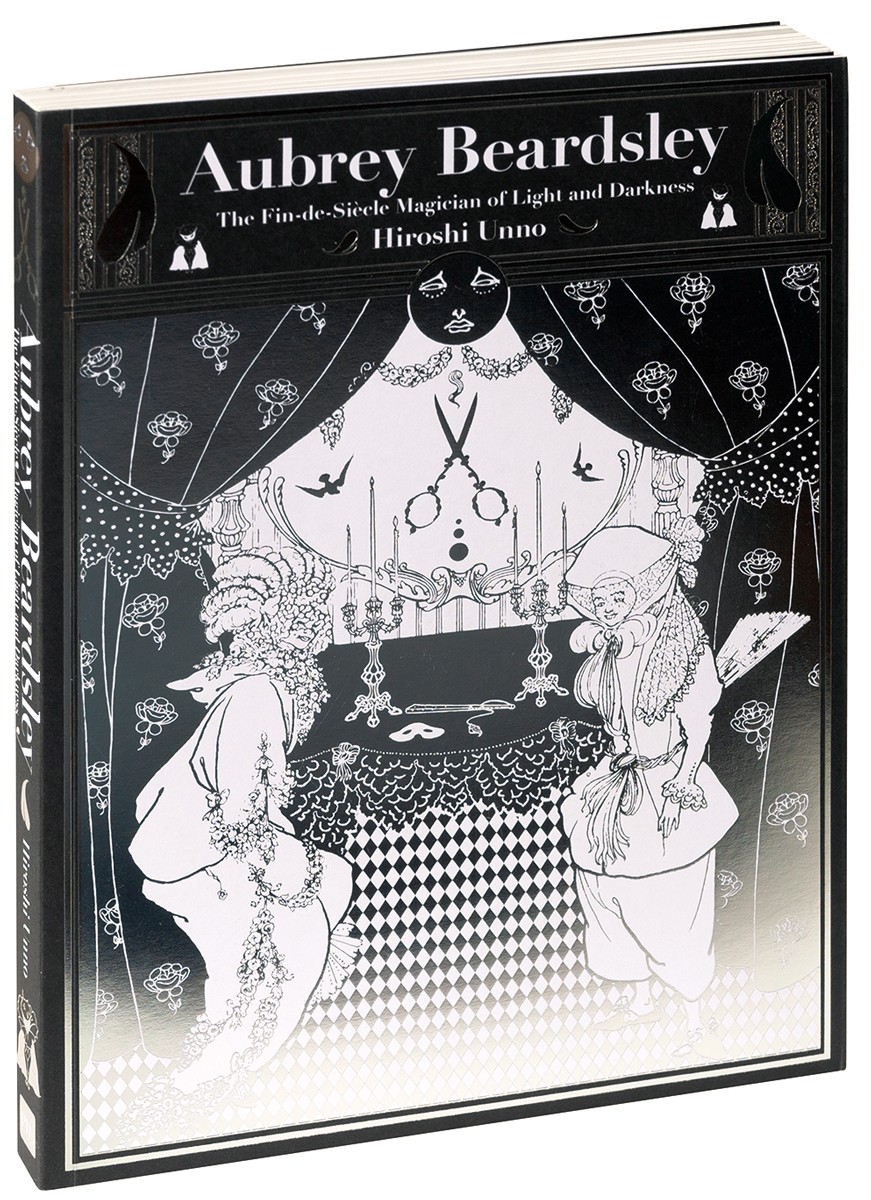 Aubrey Beardsley
The Fin-de-Siècle Magician of Light and Darkness

This 240-page book, Aubrey Beardsley: The Decadent Magician of the Light and the Darkness, reveals the core of the artist Aubrey Beardsley through more than 180 of his art works, compiled under the supervision of Hiroshi Unno, a critic and a writer who has contributed to many books on the fin-de-siècle.
Aubrey Beardsley was an illustrator who was best known for his drawings in black ink filled with erotic and decadent features. He was born in Brighton, England on August 21, 1872. The Victorian era in which Aubrey lived was gripped by a strict, rigid, conservative morality. The society was male dominated and forced women to be modest. However, in Brighton, which developed into a seaside resort for the upper classes full of entertainment, people were relieved from such strictness. Brighton was also a breeding ground of a sense of liberty in all things, and sexuality was no exception. In other words, it can be said that the Victorian era was a chaotic era during which open-minded thoughts on sexuality and strict, male-dominated morality coexist.
Aubrey's mother, Ellen, was a person who embodied that Brighton atmosphere. Although she worried about raising her son in such an environment, she also taught literature and music to Aubrey. It was lucky for him to spend his youth with Ellen, and Brighton definitely became the basis of his talent for grasping the oddness of society in this era.
Aubrey moved to London when he was 15 years old. When the Beardsley family left Brighton, Aubrey lost the feeling of liberty he had been raised with, but at the same time was able to develop his talent by interacting with Edward Burne-Jones, Oscar Wilde, and William Morris, the artists that colored this period. Aubrey, whose talent blossomed in London, began to offer his illustrations to many literary and theatrical outlets. The most famous examples are his illustrations for Oscar Wilde’s Salome, Sir Thomas Malory’s Le Morte d’Arthur, Edgar Allan Poe’s Tales of Edgar Allan Poe, “Alibaba and the Forty Thieves” from One Thousand and One Nights, the French magazine Yellow Book, and the play Lysistrata. The illustrations for these literary and theatrical artworks had also been drawn by many other illustrators, but Aubrey’s work was totally different from anyone else’s.
The seductive motifs that he drew, using only black ink, such as a woman with a fearless smile, a gentleman with disdainful contempt, and figures with extremely exaggerated genitals, all express Aubrey’s incomparable talent for grasping the chaos and unsettled atmosphere of the period. The rebellious nature and imagery of his illustrations were often controversial. People even called him “the Devil’s younger brother”. But there is no doubt that he was a star of the age, which is evident from the many influential illustrators who came after him who were influenced by Aubrey’s work, such as Harry Clarke, Alastair, John Austin, Kay Nielsen and George Barbier.
Unfortunately Aubrey’s genius illuminated the end of the nineteenth century, the era of fin-de-siècle decadence, only briefly before fading away, when his tragically short life ended after just twenty five years.
How did the rebellious, yet refined, monochrome artworks drawn by “the Devil’s younger brother” come about? Was his life simply the art itself? This book is a gem that presents the artwork that is most identified with “Beardsley” himself, revealing both the artist and the idea, through his life and his masterpieces.

Born in Tokyo, 1939. Hiroshi Unno is a critic writer who has contributed to many books on Fin de siècle arts. He wrote his first book on art nouveau in the 1960’s focusing on the subject when nobody was paying attention to the genre at that time. After working as a publisher he became a freelance writer and a critic contributing to wide range of fields from reassessment of Art Deco, City Theory to Music, Cinema and Fashion. He is one of the most popular contributors in PIE International. His western art collection series which was first published in 2011 now has 23 titles in the series and many of the titles are distributed worldwide. 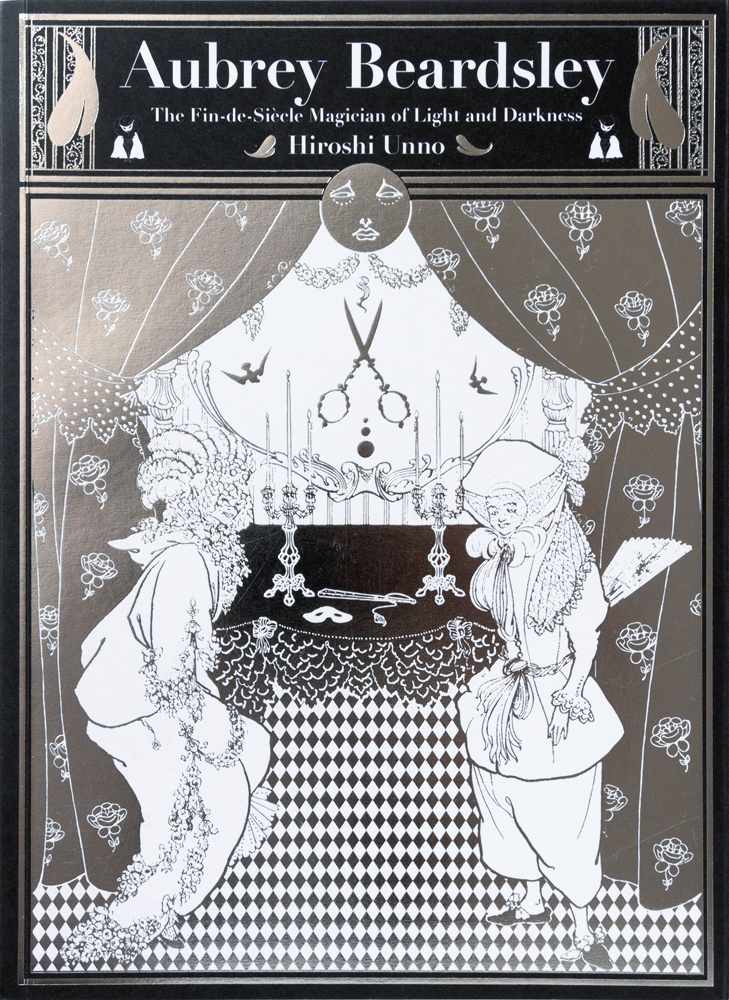