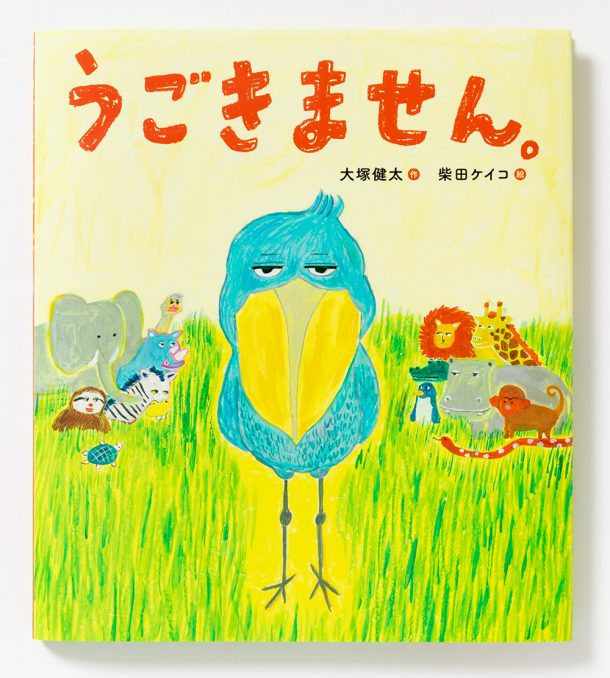 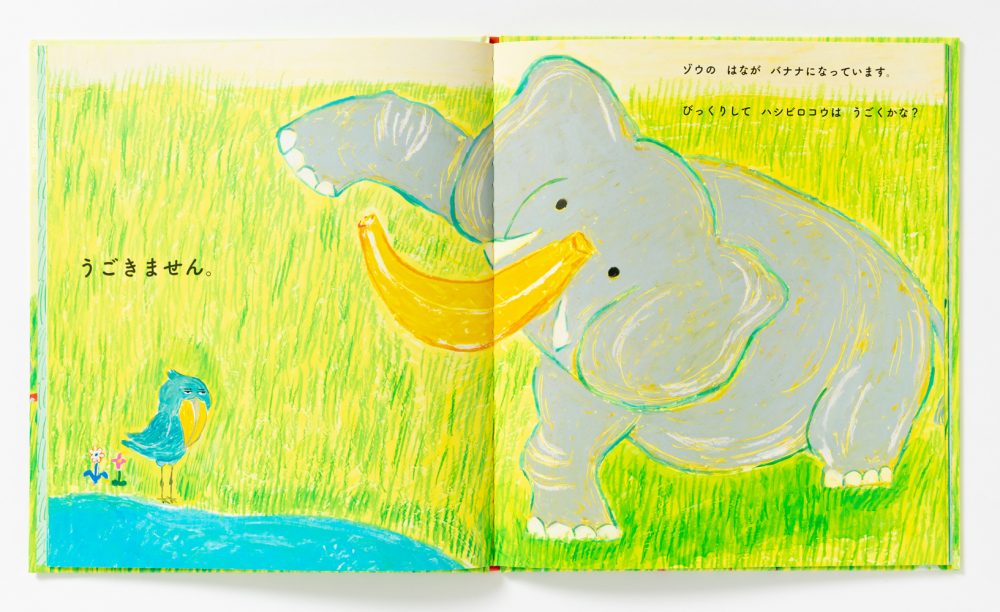 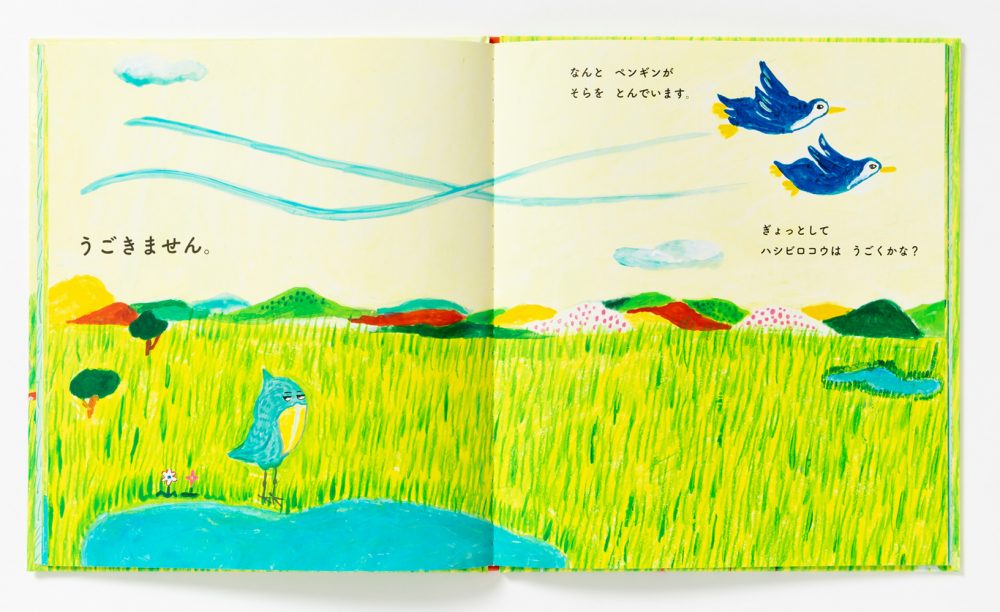 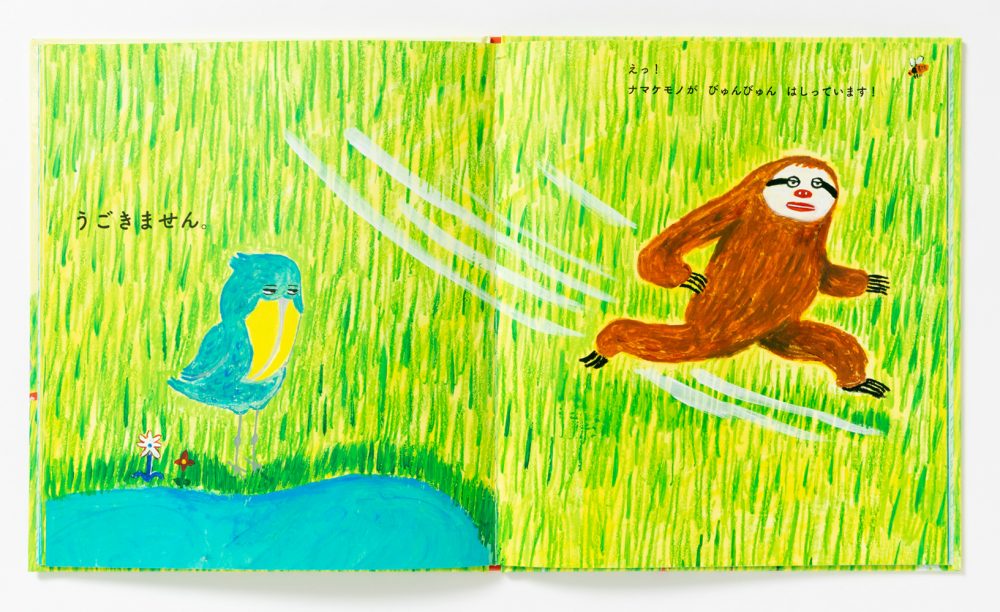 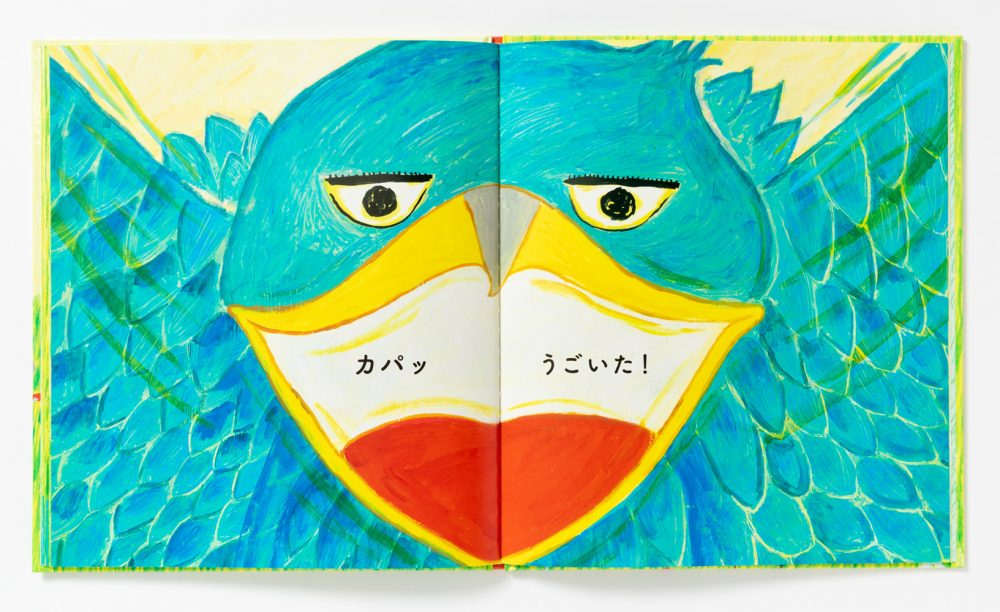 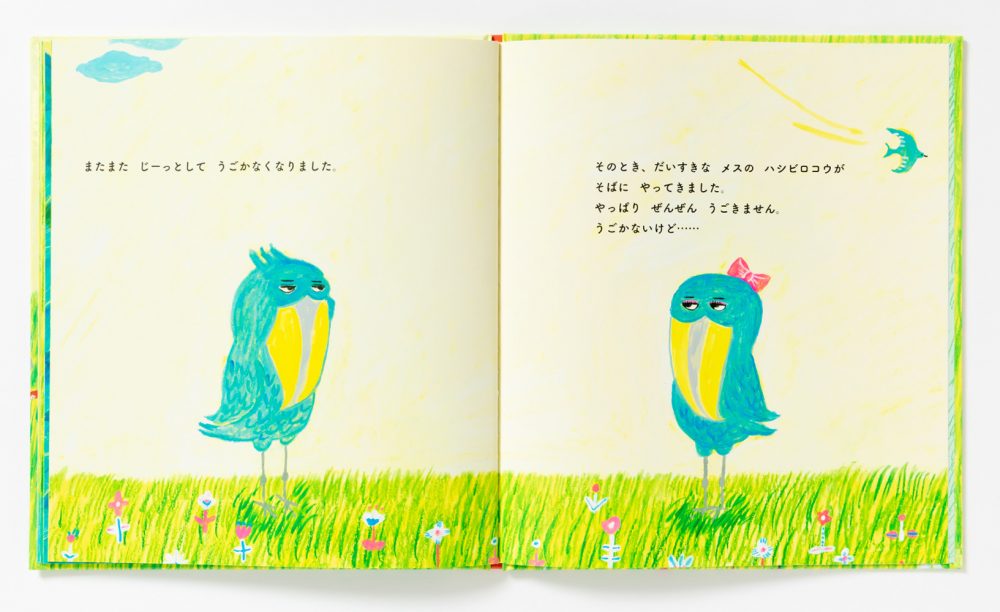 What makes the Shoebill, also known as “The Bird Who Doesn’t Move,” get moving?
Shoebill always stands perfectly still. Even when his friends Hippo and Snake come, he still won’t move. Not even when Elephant’s nose turns into a banana, or Zebra’s stripes start to curl, or whenever other strange animals come along…
A cute and humorous picture book by the creative duo that produced “Ghost Cat” (Onyake), “The Cat Train” (Denya).


Selling Points
- Rhythmic lines are fun to read aloud.
- A funny imaginary world that showcases (and inverts) the special characteristics of shoebills, penguins, sloths and other animals.
- Bright illustrations drawn in a childish, naive style. 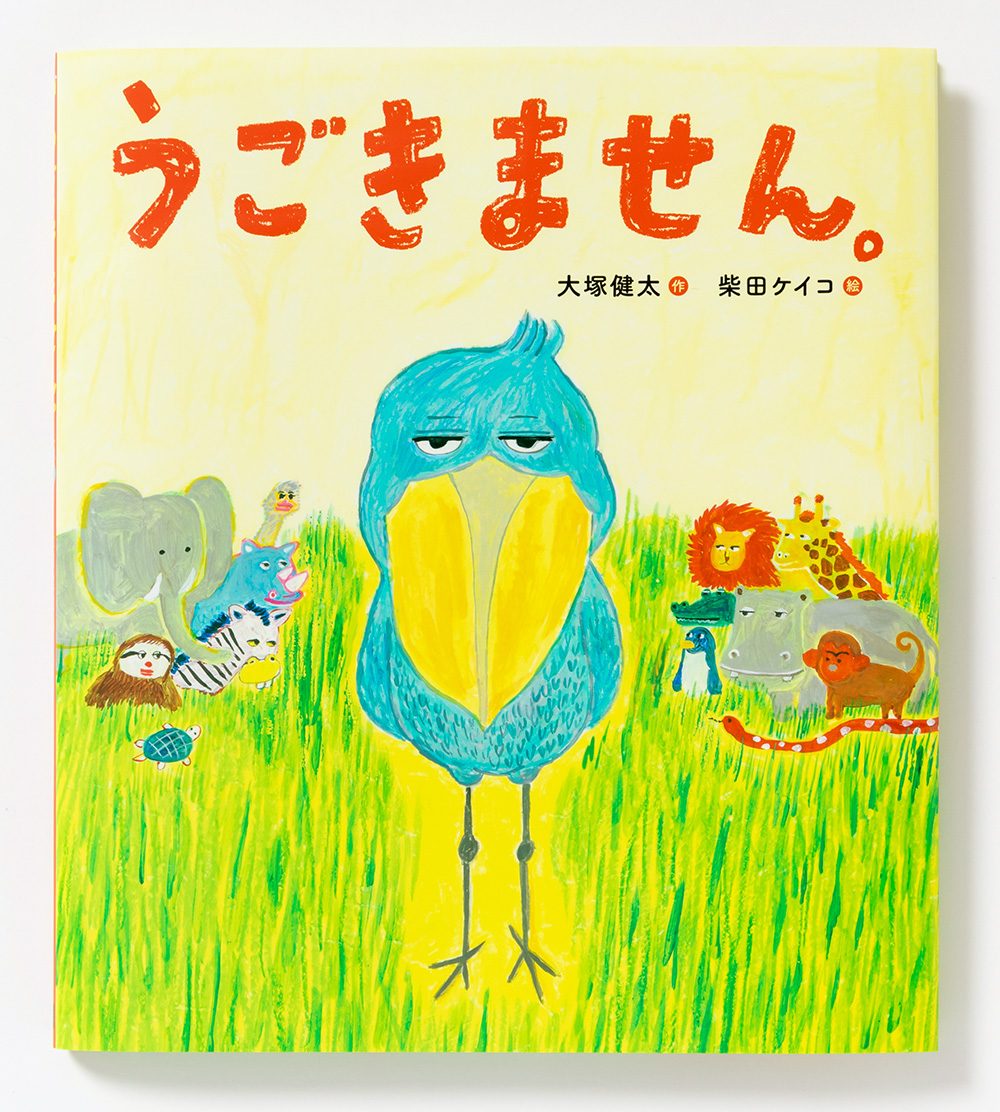